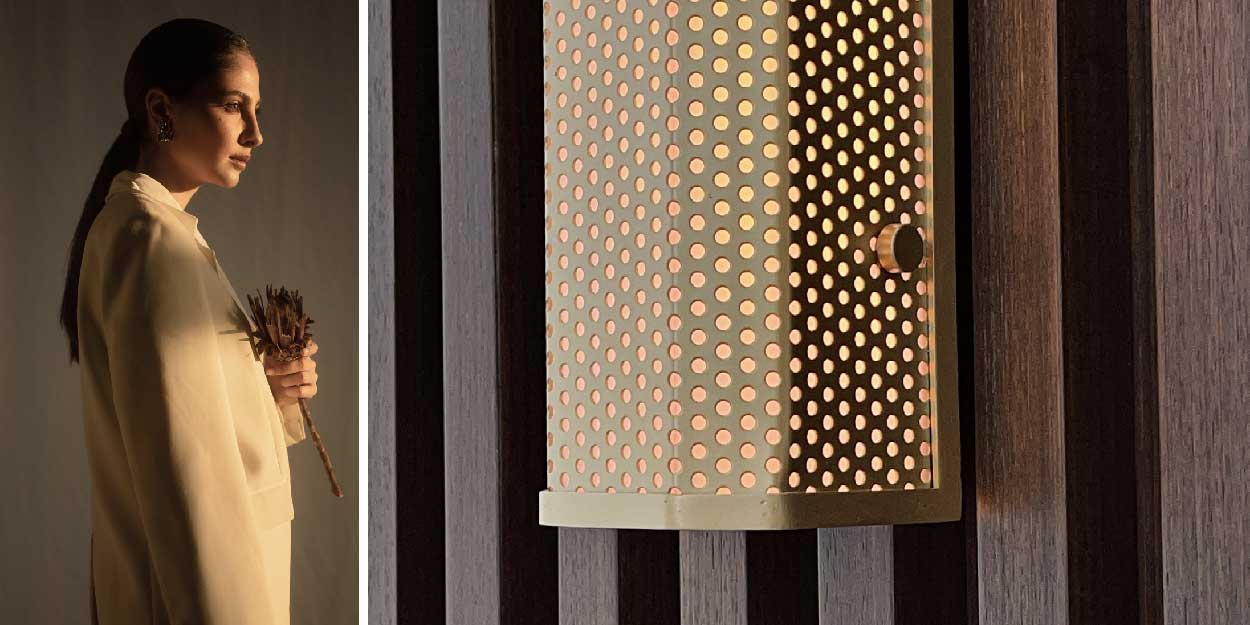 With a brand new subway station steps away, CentreCourt’s Transit City three new towers in Vaughn
is all about beginnings: the excitement of starting with a clean slate. The three 55-storey condo towers
(the tallest in York Region) borrow their name from the clamshell-like facade of the Vaughn Metropolitan
Centre Station and the curvaceous SmartVMC Bus Terminal, which both encapsulate a space-age
modernity.

“The design of the towers is very thoughtful and deliberate, creating a landmark from scratch,” notes
Figure3 Principal, Suzanne Wilkinson. TransitCity has set the precedent for the entire master-planned
community, establishing what the neighborhood will look and feel like, and Figure3 had a significant
role shaping that.”

Wilkinson marvels how every last detail of the first three Transit City towers — there will be six in total
eventually — are memorable. “Diamond Schmitt Architects created a wonderful experience.”

Metal panel borders set the exterior apart; the gold boxes reflect the buildings across the street to set
up the jewel-box interiors. “When CentreCourt came to us, they wanted a new development that would
reflect the nature of this once in a life-time opportunity — to bring an urban “vibe” north,” explains Nadine
Burdak, Figure3 VP of Residential Development. “Central to our work at Transit City is the principle of
restrained luxury.”

Shamez Virani, the president of CentreCourt Developments wanted to recreate the aura of a hotel-style
lobby, so residents walking in the front door feel attended to. To add to the lobby’s sense of grandeur,
the ceiling heights are deliberate with lots of very tall gestures such as elongated bookshelves reaching
up to the ceiling. Wilkinson adds: “There are lots of great colour and shadows with the wood slatting and
screen details in gold. On the lobby walls, we’ve used gold surround, marble and lovely mesh sconces.” A
personal favourite of hers is the old-school gold mailboxes that look pulled straight from a glamorous Art
Deco Hollywood hotel.

“The design of the towers is very
thoughtful and deliberate, creating
a landmark from scratch.”
/ Suzanne Wilkinson

“CentreCourt has had great success in leveraging brand opportunities to help reinforce the lifestyle
they curate for their properties – from creating signature scents to incorporating luxury furnishings
from iconic fashion houses such as Versace and Fendi,” says Burdak. “Here in the first phase of Transit
City they took it to the next level by securing a prominent restaurant brand in a space connected
to the main lobby.”

Burdak emphasizes how gold plays a starring role. “To the developer, CentreCourt, this finish speaks to
a language of elegance, sophistication and luxury: you see it in the gold mesh, light fixtures, sconces and
inlays.” Shamez lived in Shangri-La, “so he wanted to bring that atmosphere to this project, blurring lines
between the restaurant and lobby. It injects the lobby with energy, which is a great approach we see
more developers doing,” Wilkinson adds. “They want to have that hotel feel, when people move in they
want it hotel-ready and the lobby lounge is an extension of the restaurant.”

However, Transit City emphasizes creating a community, as well as creating a lifestyle. Tower residents
are granted a year-long membership to the adjacent 100,000-square-foot YMCA, complete with
swimming pool and basketball courts. As a result the amenity rooms in Towers 1 and 2 didn’t need to
incorporate gym equipment. “The amenities are all aligned on the same floor so they feel like an
extension of one another, even though they’re separate they’re all connected to the outdoor spaces,”
says Wilkinson. In Tower 2 the amenity room is divided into a party room and a golf simulator that
leads outside to the terrace, while Tower 1 has a billiards room.

But the crown jewel has to be the rooftop patios, designed by internationally renowned firm Claude
Cormier + Associés. Since the buildings are the tallest in the area, there are almost uninterrupted views
of the horizon. Towers that seem to stretch up to the sky are landscaped with an abundance of trees,
boxwood hedges, manicured lawns, and oversized planters. Sitting on the generously proportioned
terraces, the feeling is expansive and transportive. “Because the buildings are adjacent to each other
and on the same level, the terraces feel connected, an extension of each other even though they’re in
separate towers,” observes Wilkinson. “They’ve even managed to make it feel like there are hills,
it’s just stunning.”

“This project is such a success as it’s the culmination of an amazing vision of residential and hospitality
living and expert execution,” says Wilkinson. “It was a fantastic collaboration with CentreCourt,
and Transit City speaks for itself as a legacy development.” 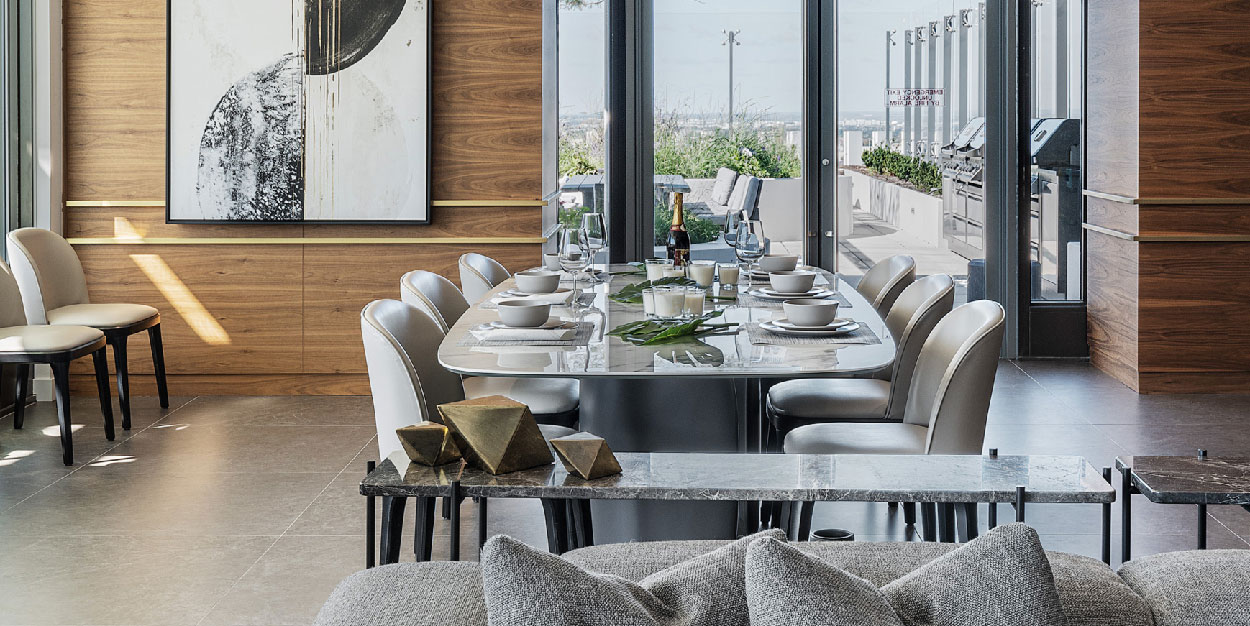