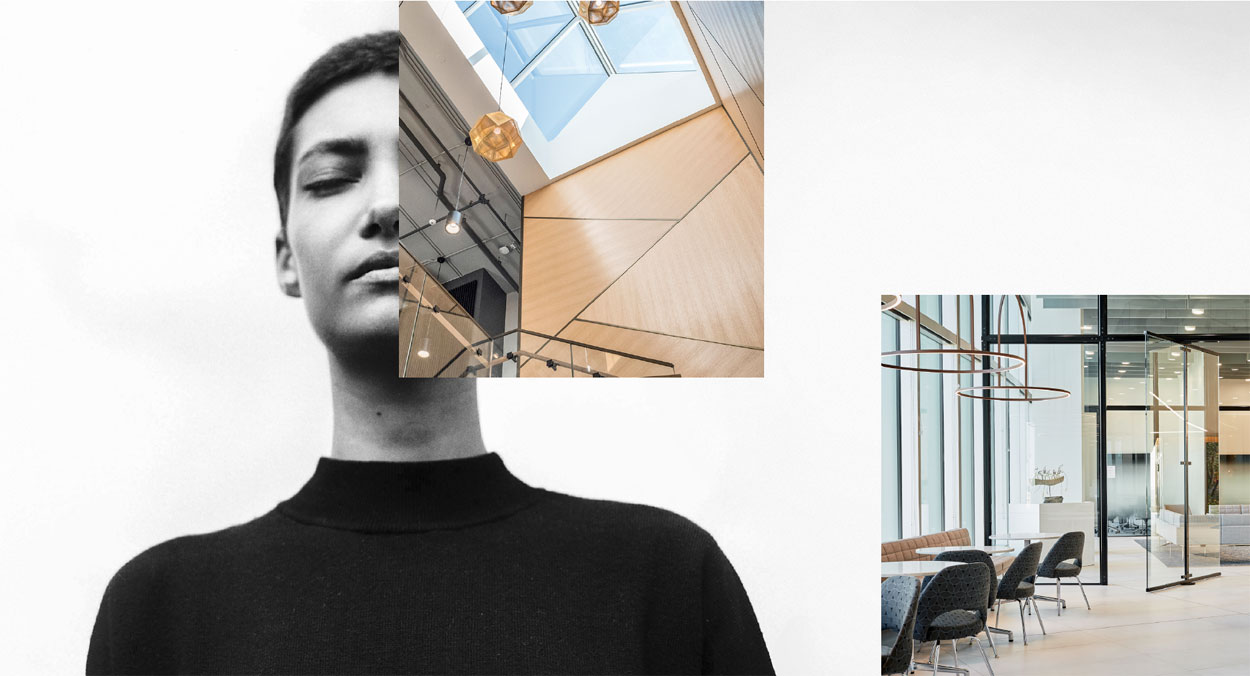 How does design shape behaviour at work? Especially in the formal confines of a law firm,
home to large libraries swathed in dark woods — and conservative values. The communal
quarters (replete with saggy sofas and vending machines) are small, dark spaces.

The answer for Winnipeg’s Thompson Dorfman Sweatman (TDS) was to literally blow the roof
off when they moved to True North Square. “It’s the first new office building in 20 years in the
city,” says Figure3 founder Allan Guinan. Now occupying the top three floors of the new 17-
storey building, Figure3 suggested the landlord constructed a huge skylight over the central
staircase, creating a column of light to illuminate the centre of the offices for everyone traversing
the three floors. “Most ceilings in law offices are flat, at TDS you don’t feel like you’re in an
office tower which features open ceiling exposed to the structure,” Guinan says.

This project represented a full-circle moment for Guinan. Growing up in Manitoba, he knew one
of the selling features in the prairie city was the horizon, with an abundance of seemingly
limitless blue skies. One side of the building is curved, exposing a 60’ wide vista of Winnipeg’s
skyline. The access to natural light and views for everyone was a conduit to convey a new
corporate culture of openness, interconnectedness and yes, transparency..

Native materials like white oak wall slats and large-scale ceramic flooring references the city’s
history of modernist architecture and affinity for Scandinavian design. The wall behind the
reception desk is made of Tyndall limestone, a swirling sandwich of burrowing marine fossils
unique to Manitoba, acting as a cross section of the region’s architectural history. “Everyone
responds to natural materials that are simple and honest. They didn’t want it to feel overly
opulent, the luxury comes from the abundant space, light and materials.” 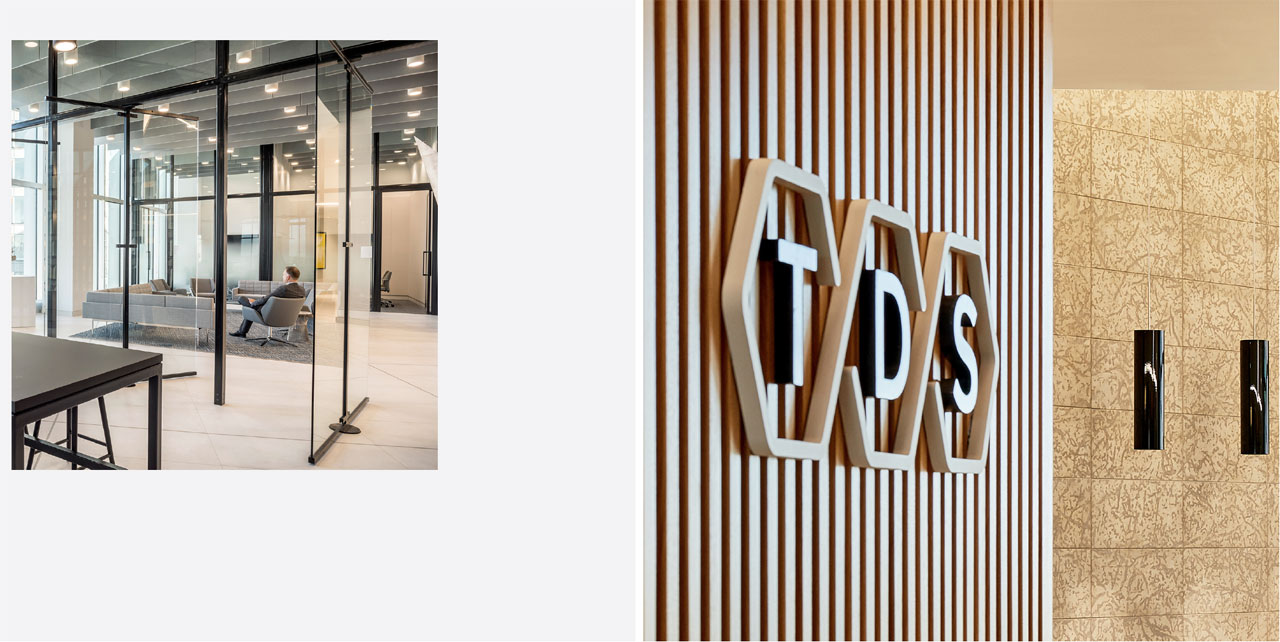 “We wanted to be nimble and future
focused and I really feel like they designed
for that and it worked.”
/ Alan Fineblit

Guinan wanted to play up that transparency with glass partitions but there was some initial
pushback. “The staff asked for frosted glass since they were concerned about being on display.
The offices are a compact 150-square-feet and could feel very enclosed so I suggested a 90-day
trial. Afterwards they said: we love it, leave them open. All transparent glass offices is almost
unheard of in a law firm.”

The previous office was very dark, and everyone worked behind closed doors. TDS requested a
dynamic space that moved them forward with integrated technology. In a nod to modernization,
each office is equipped with standing desks. Features like pivot doors further contribute to the
sense of openness. TDS was looking to break with tradition and make a transition, integrating
technology into a light, bright space that encourages collaboration and movement.

The firm’s previous library (complete with Corinthian columns and spiral staircase) occupied
two floors and Guinan shrunk it down to one wall, while the communal space was increased ten
fold. The Manitoba Room, a large lounge/lunch room area on 17th floor, has spots to plug in as
well as WiFi, mirroring the trend for more portable technology. “Lawyers work long hours often
in isolation, so amenities like a coffee bar off the informal reception area encourage people to
step away from their desks and go somewhere.”

Suzanne Wilkinson, principal at Figure3 adds: “TDS didn’t say they wanted a social space, it was a
pleasant byproduct that inspired them to do more. Law firms need to attract talent fresh out of school
or other cities, this new space does that, it’s another welcome outcome.” 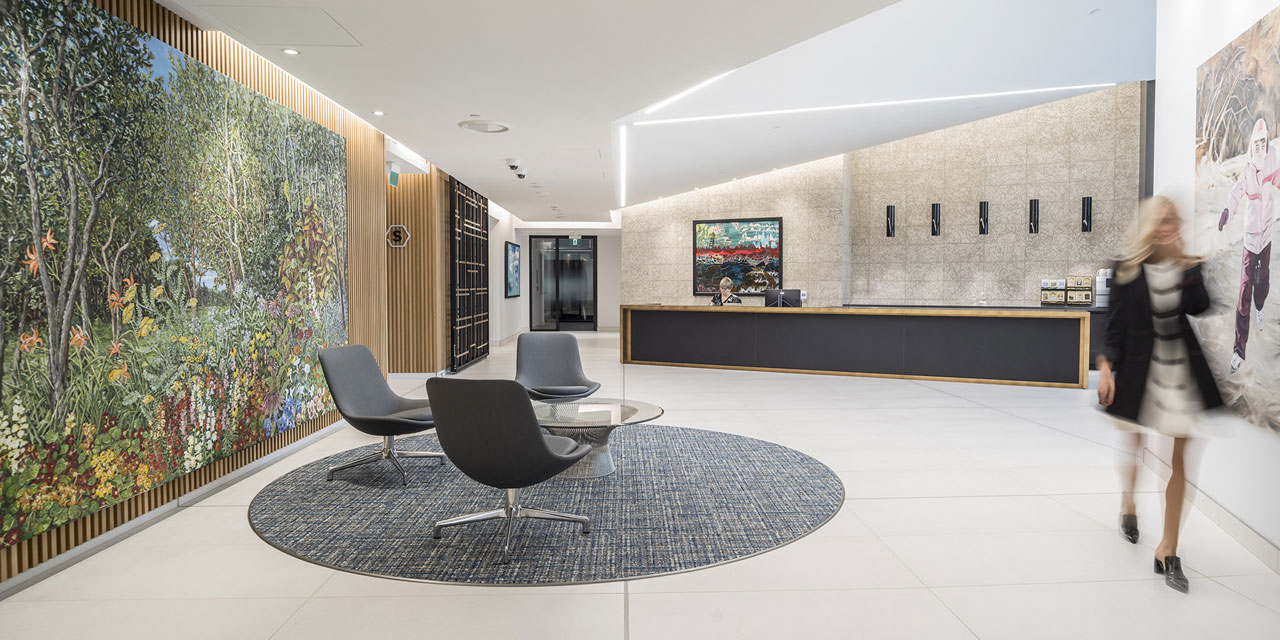 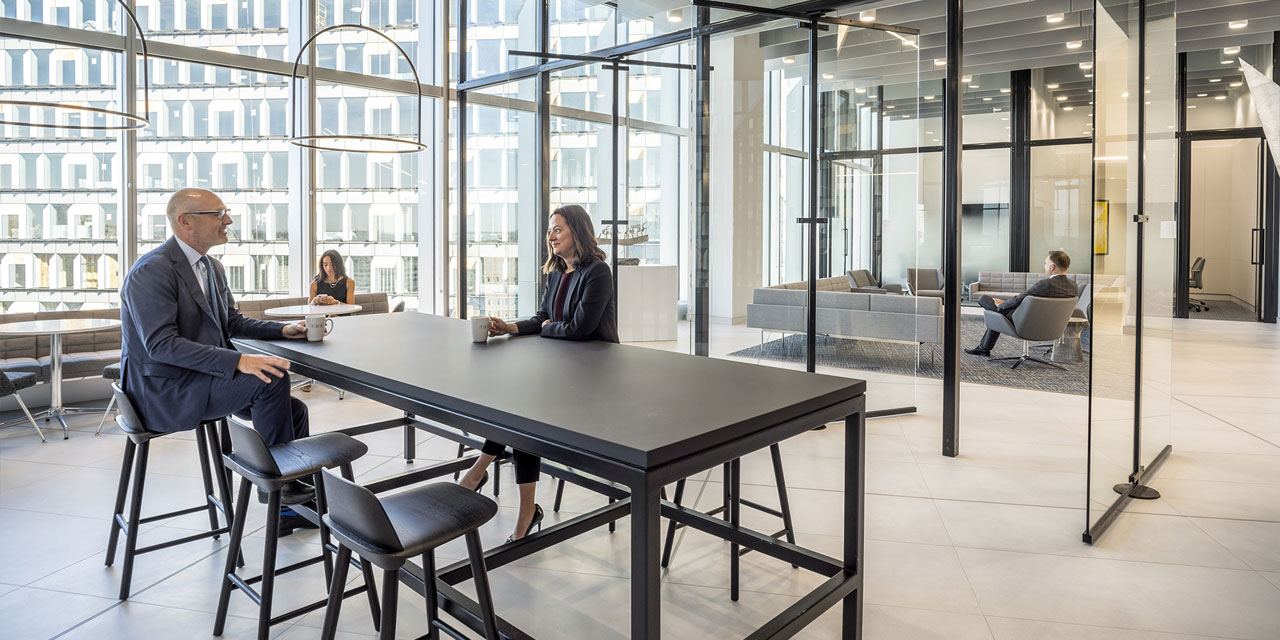 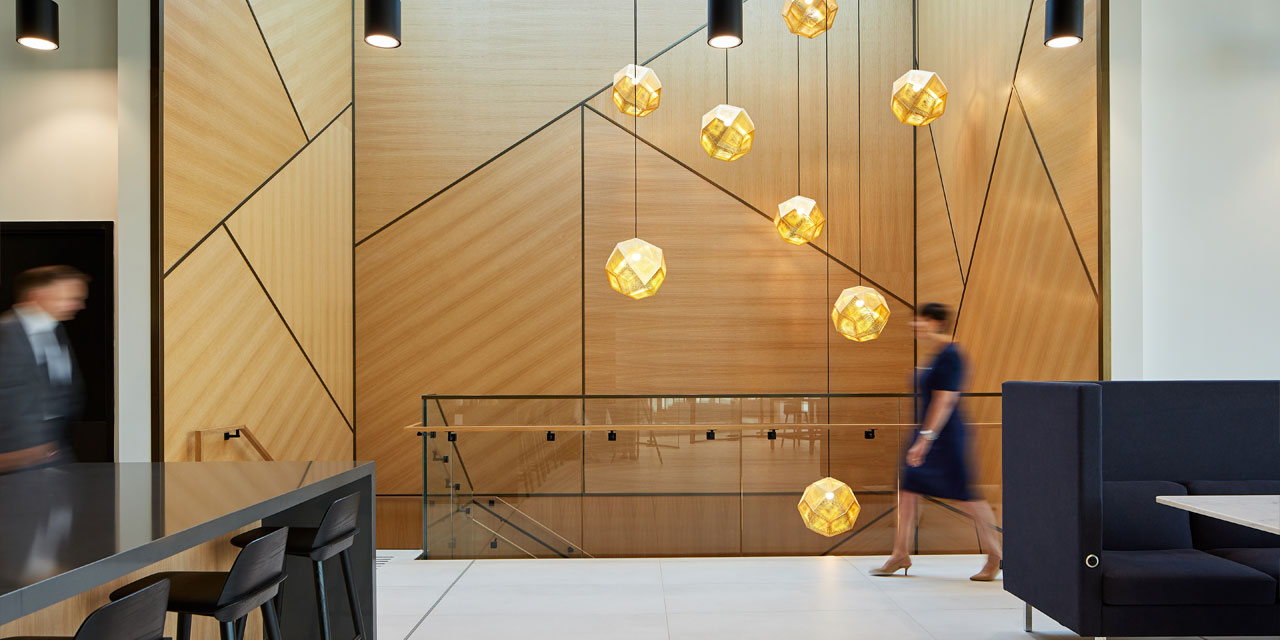 “TDS didn’t say they wanted a social space,
it was a pleasant byproduct that
inspired them to do more.”
/ Suzanne Wilkinson

Alan Fineblit, former COO of TDS observes “Lawyers don’t do change well. We are taught to be
risk averse and to follow precedent,” he observes. “Yet as soon as we moved into our space the
culture changed, we became more collaborative, more collegial and we embraced all the opportunities
our new design and new technology presented. It’s transformed our culture, design is the means.”

And there was a strong desire to not only connect employees but the community. To further bolster
the city’s arts scene, works by local and indigeneous artists, such as the portrait of Louis Riel by Franco-Métis
artist Candace Lipischak, are prominently displayed throughout the offices.

Subsequently the TDS office has become a site for arts fundraisers, with hundreds of people gathering in
the public reception spaces. “We are looking forward to when we’re able to resume our events in the Northern
Lights Lounge, hold meetings in our spacious meeting rooms, and enjoy spending time with peers in the
gathering areas throughout the office,” says Keith LaBossiere, CEO and Managing Partner of TDS. The inherent
beauty of the office easily segues into a glamorous setting after hours when the sky is navy velvet, the city
lights are twinkling below and the stars can be seen above.