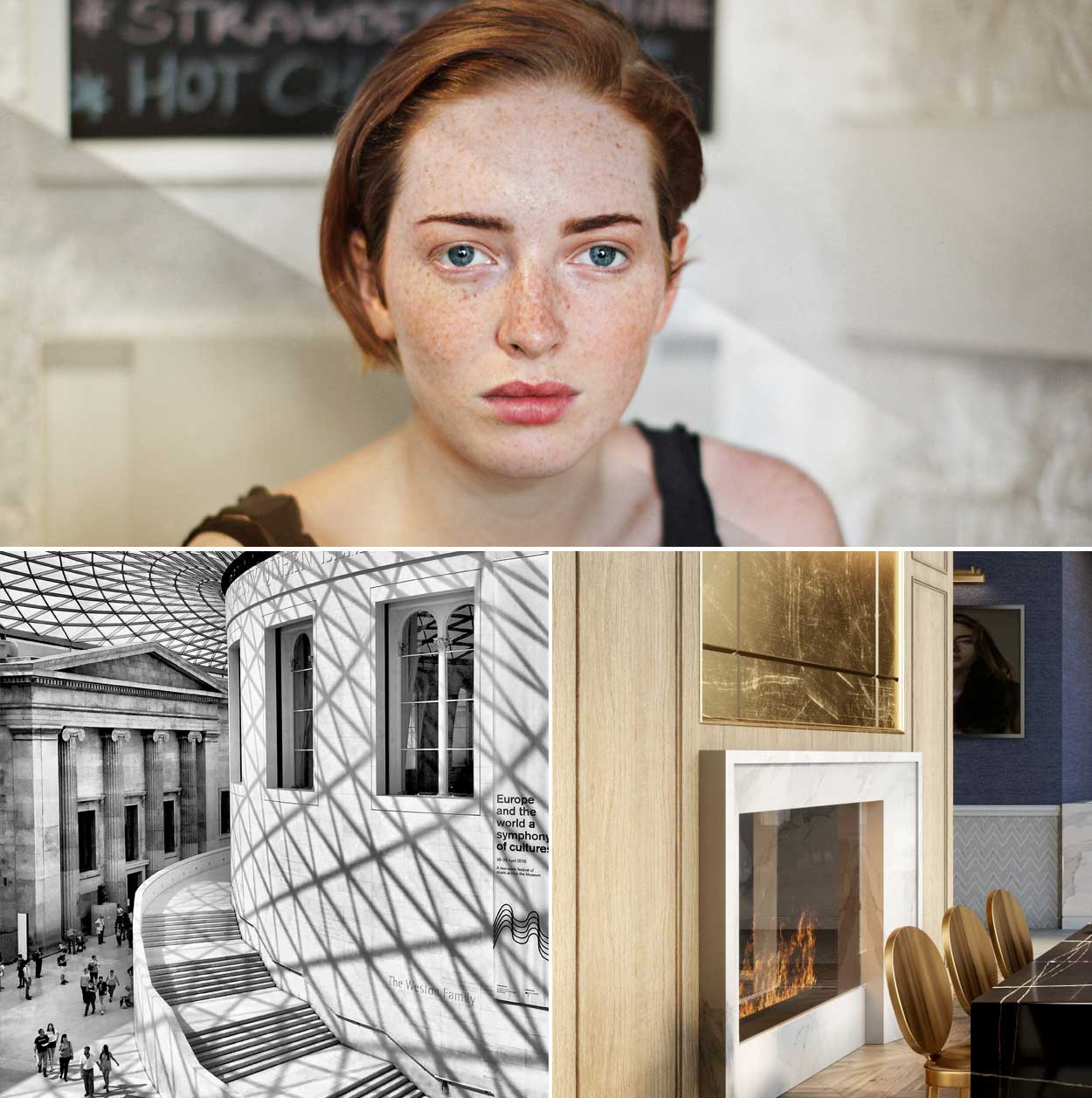 In today’s market, buyers aren’t looking for modern transitional, cookie-cutter condos anymore, according
to Dominic De Freitas, Principal, Figure3. “Through our research we understand that millennials and
Gen Z don’t want the uber modern. They want eclectic with character and history, they want a home that
tells a story.”

But breaking out of the mold requires fresh thinking. Developer Adrian Rocca, the CEO of Fitzrovia Real
Estate, sought a unique, dynamic approach for The Brixton, his brand’s new three-tower purpose-built
rental. Rocca is impressed by heritage properties adapted by modern design in London, exposing parts
of the older buildings. “I find a lot of projects in Canada are overly curated. They’re almost
too perfect,” says Suzanne Wilkinson, Principal, Figure3. “Europeans are more confident in mixing
things up where they display a collection of interesting pieces, old and new, and it just works.
This is the approach we took with the design of The Brixton.”

“Through our research we’ve understood
that millennials and Gen Z don’t want
the Uber Modern. They want eclectic,
they want stuff that tells a story.”
/ Dominic DeFreitas

Located in a formerly industrial part of Toronto near Liberty Village populated by warehouses,
The Brixton’s A and B Towers feature lobbies with exposed ceilings and ductwork, a nod to the region’s
manufacturing history. A wood grid, which looks like a coffered ceiling, gives it a veneer of history.
Another key element driving home the English look is the wood inlay parquetry (inspired by a floor
pattern design from an English palace). Grasscloth wall coverings, wingback chairs, crown mouldings
and marble wainscotting are more traditional decor elements in the lobby.

“The furniture is reminiscent of traditional furniture but we did a modern twist with a cameo back
dining chair. Every element we chose has a traditional spin to bring character to the project and
integrate it with the industrial shell,” De Freitas explains.

Tudor-style box paneling is used behind the Nero Marquina reception desk in Tower B and the effect
is similarly eclectic. Suzanne Wilkinson observes, “You’ve got modern furniture mixed with traditional
pieces of different eras creating a curated over time feel.” Parquet flooring is inset into poured concrete
in front of the reception desk. “You’ve got this play of highly finished wood juxtaposed by polished
concrete, which you’d see in any industrial warehouse here in Toronto,” says DeFreitas.

When it came to the amenity spaces, the emphasis was on inclusion. “These spaces were meant to be
used and enjoyed, not locked away,” explains Nadine Burdak, VP Residential Design and Hospitality,
Figure3. 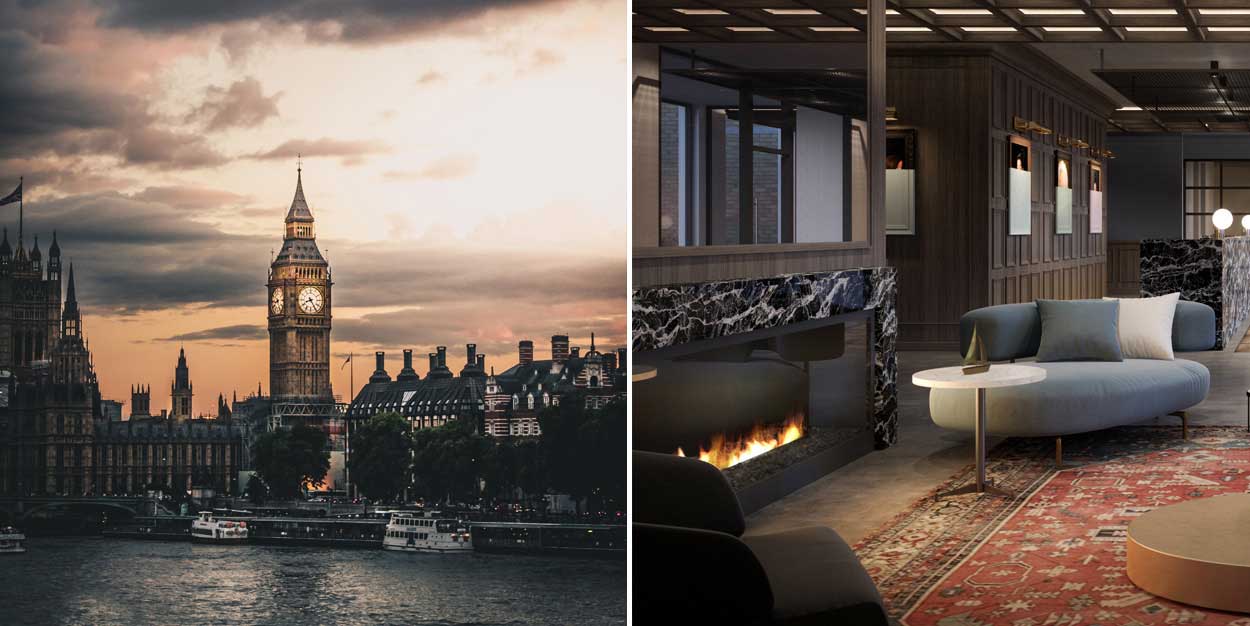 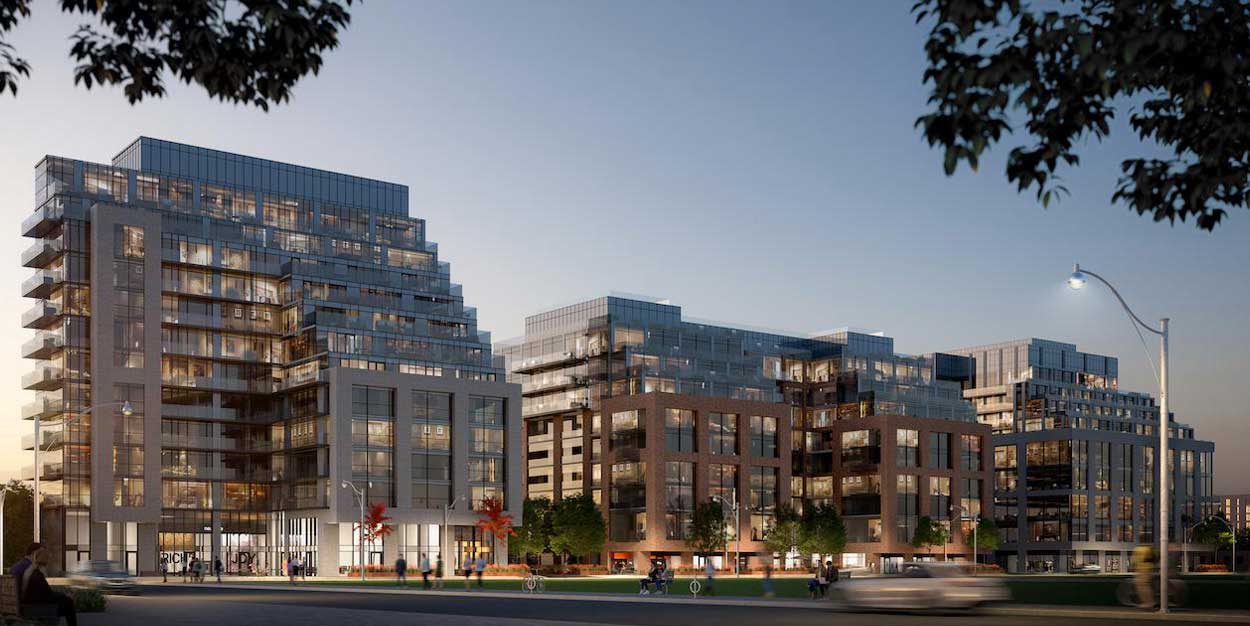 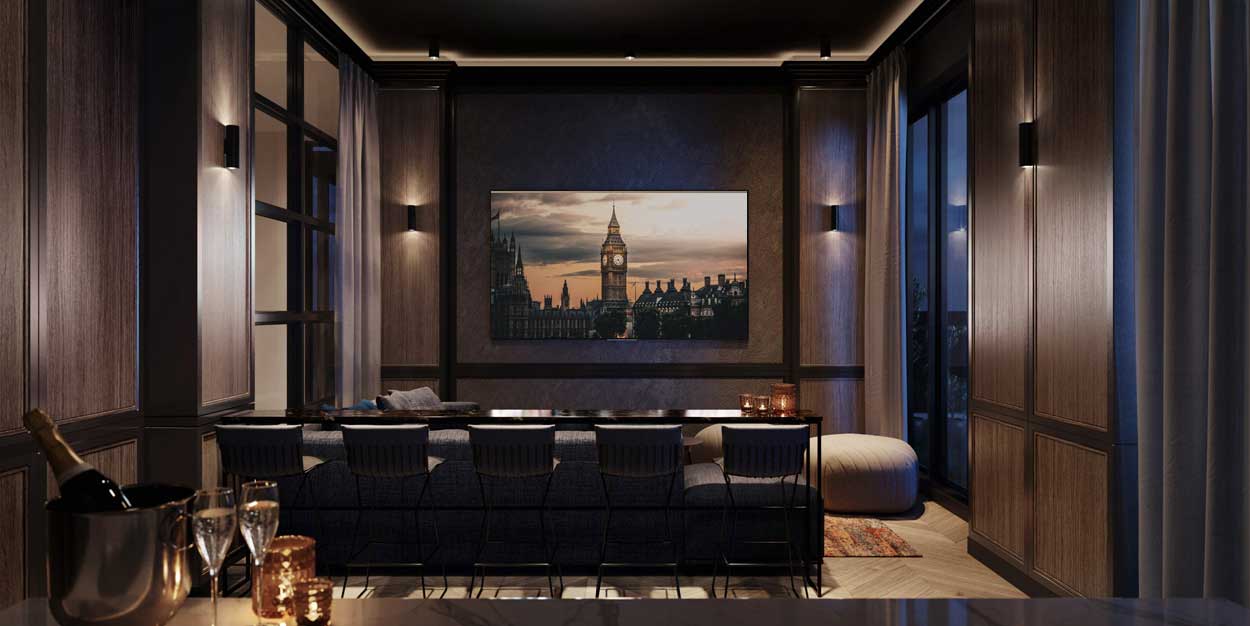 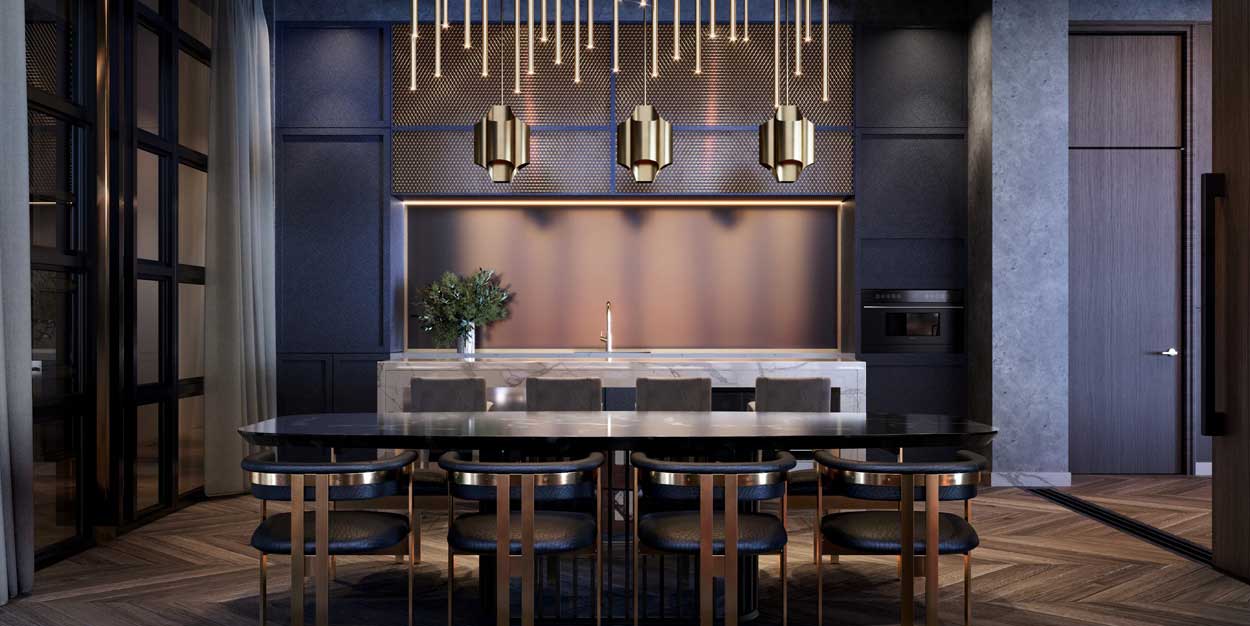 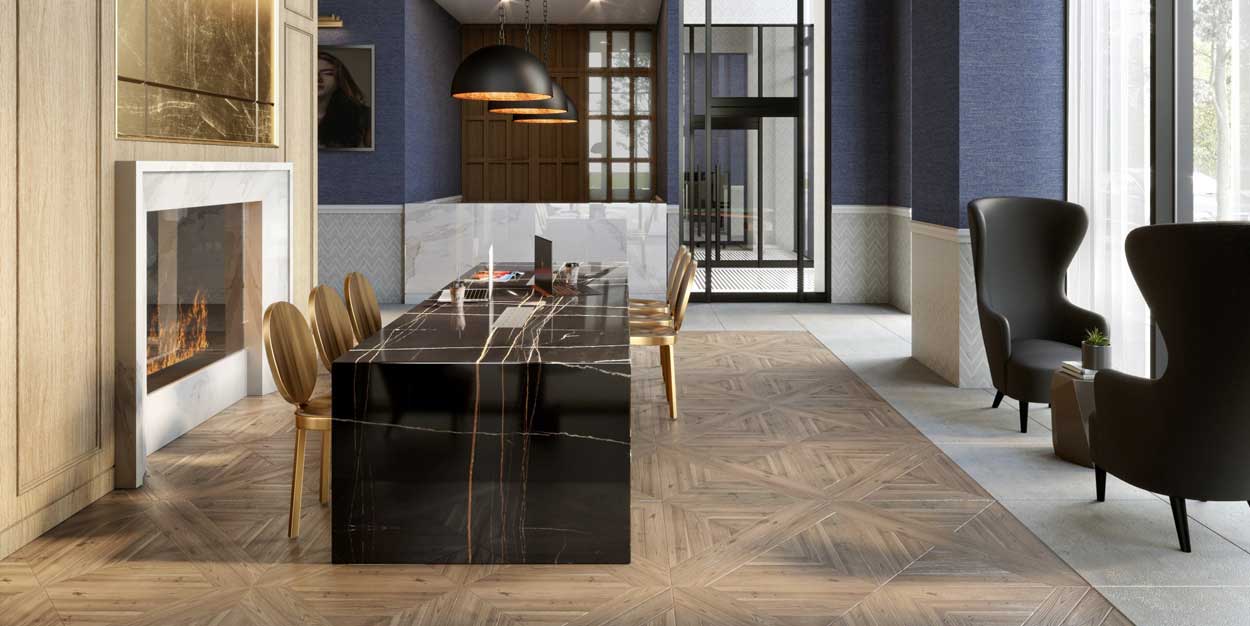 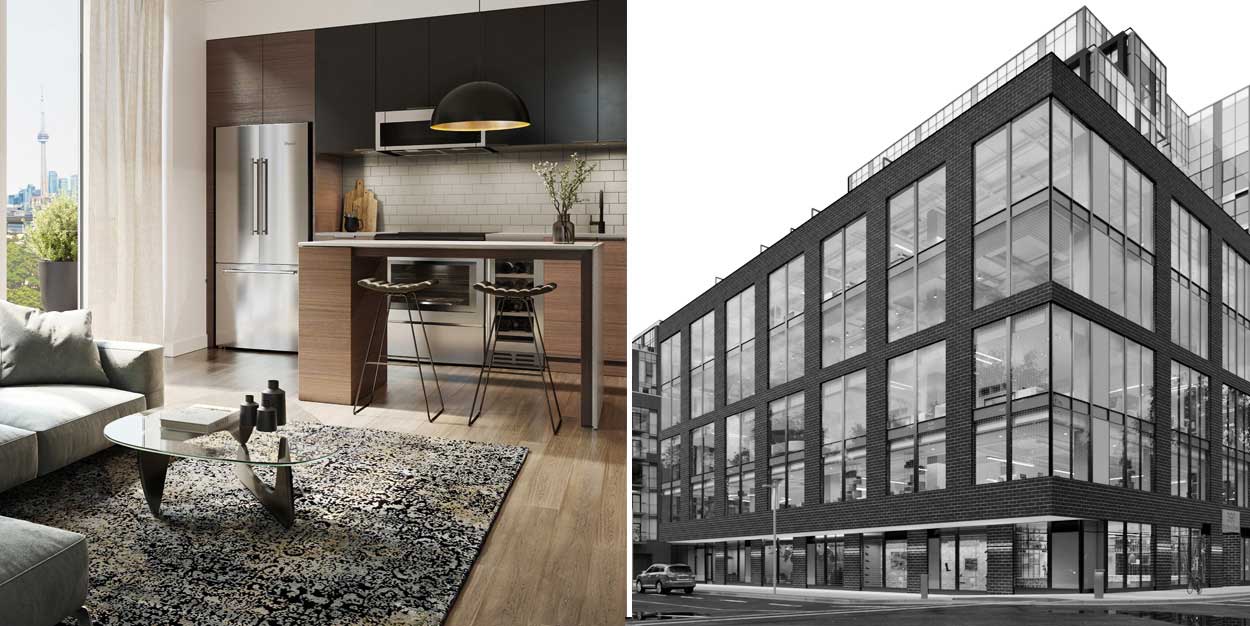 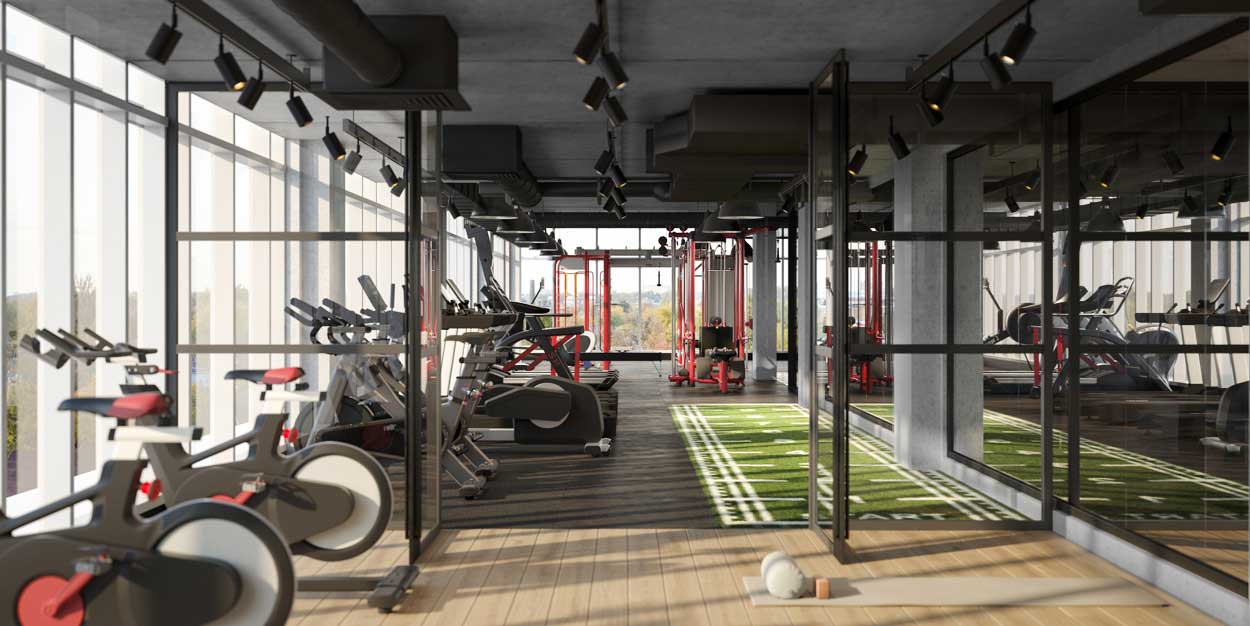 The fitness centres are industrial and raw in nature, but are filled with an abundance of light with the
surrounding perimeter glass. The CrossFit zone is lined with turf with distance markers for dragging
sleds and flipping tires. In the yoga room, cove lighting above the moulding gives a soft, diffused look.
“We’re layering industrial materials with traditional, heavy framed mirrors with modern light fixtures.
It’s a play on traditionalism, modernism and industrialism,” says De Freitas.

In the Tower B party room, wideplank chevron floors are contrasted by concrete columns and burnished
brass light fixtures. “You can do so much in the media room. It’s a bar space, you can play cards, watch
movies, it has an intimate screening room,” says De Freitas. To give it a moody feel the ceiling is painted
black and finished with a Venetian plaster effect. “It’s an intimate space with a VIP feel to it. You could
reserve this space for the Oscars or game night, it’s a nice venue to hang out with friends.”

“When we were younger designers, traditional design details were often thought of as dated, and
so we actively worked against it with a more modern approach,” De Freitas surmises. “However, this
next generation is attracted to something different, and interested in reclaiming the old and making it
cool again. It’s not always possible to use vintage floor planks, or harvest panelling from historic
European buildings, but we can certainly create a connection to that old-world charm by infusing it
into our designs, furnishings and art pieces to trigger an emotional response to that period.”