Strada means street in Italian, a fitting moniker for a new project in Toronto’s Little Italy neighbourhood.
The importance of street culture is a cornerstone of Italian life, where groups of old friends gather around
formica tables on trattorias to drink Chinotto and deconstruct the latest soccer match. Young couples
linger over orecchiette and cannoli, while shoppers pick up fresh produce and the latest happenings.

That Old World feel translates into RioCan’s first rental property, Strada at 555 College Street in Toronto,
It will be a new slate of 61 compact living units over eight storeys affording sweeping views of College Street,
a rich tapestry filled with cafés, boutiques, butchers, and fruit stands, and the throwback Royal Cinema.

Figure3 wanted to celebrate the neighbourhood and conducted extensive research on the target
demographic. “Toronto’s Little Italy has a very unique character, and even though Strada is a new build,
we wanted it to fit in seamlessly with the neighbourhood, like it had history,” says Figure3 Principal
Dominic De Freitas. To mimic the century buildings nearby, the exterior is a classic red brick facade.
“We also felt the neighbourhood has a similar cultural feel to New York’s Little Italy,
so we were inspired by some of that native industrial character.” 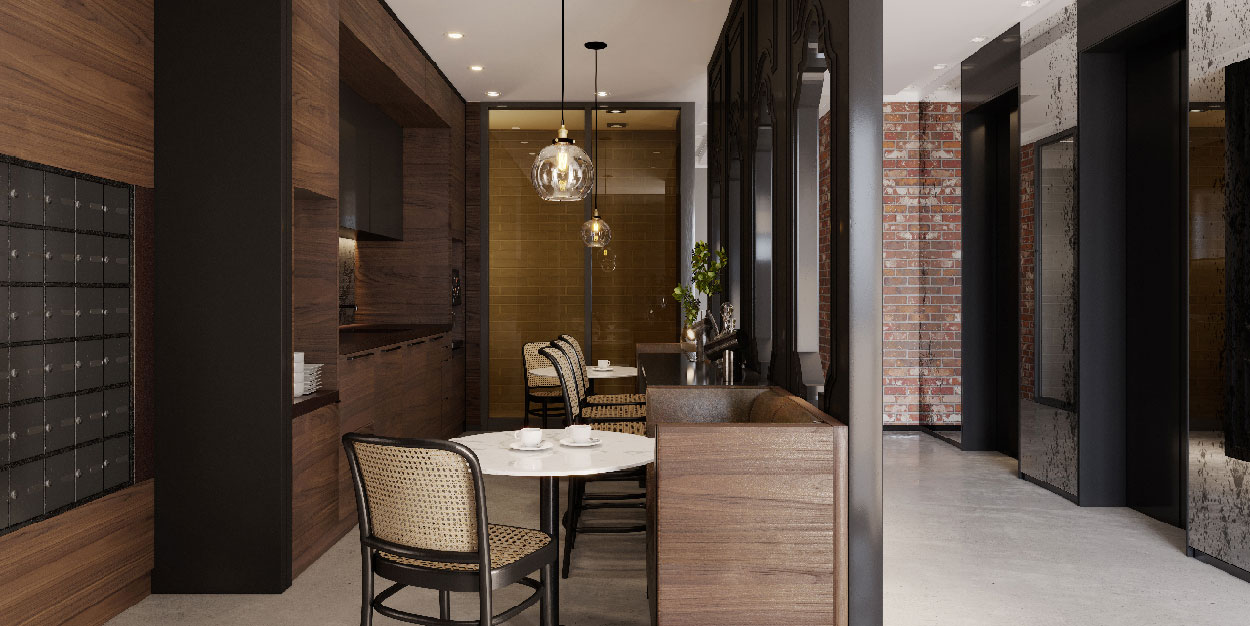 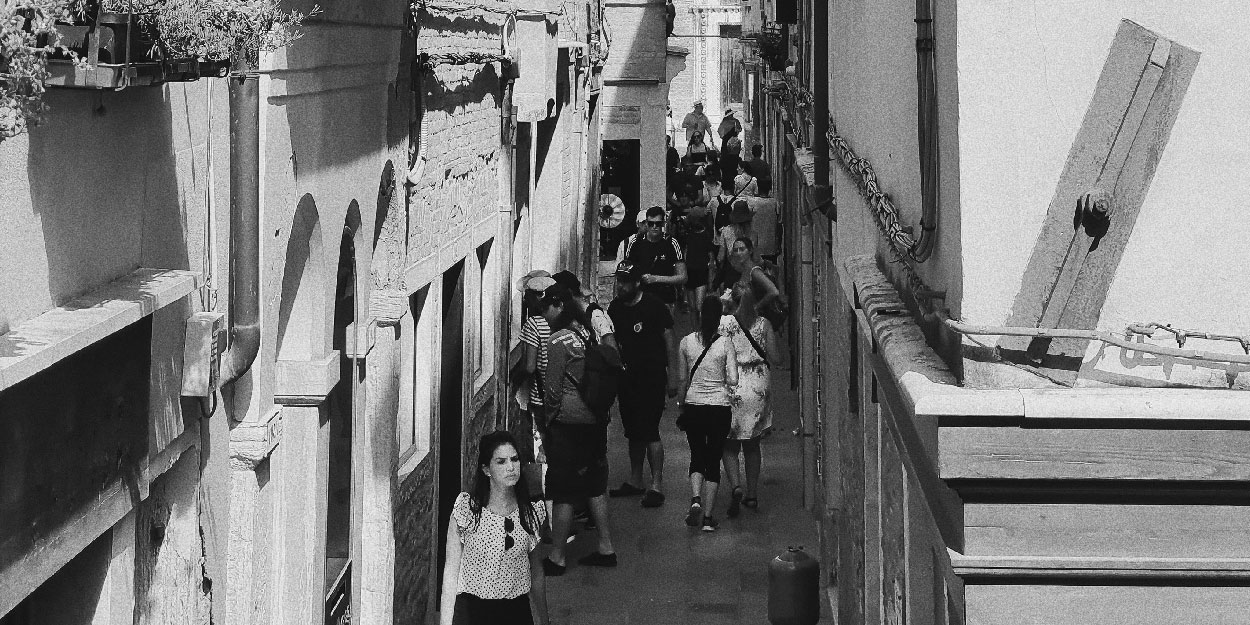 “Toronto’s Little Italy has a very
unique character, and even though Strada
is a new build, we wanted it to fit in seamlessly
with the neighbourhood, like it had history.”
/ Dominic De Freitas

“It was important for us that the lobby was a social space,” says De Freitas. “With such a unique
neighbourhood, we needed to establish an approach that would resonate with the local demographic.
After the research process with the RioCan team, individuality and character stood out as
main attributes we wanted to express.”

“Functional space planning was important, but we also wanted Strada to feel grand. Carving out
additional space which was originally designated for retail created more of a social atmosphere in
the building’s lobby, which results in a better design solution.” Industrial elements like exposed metal
ceiling are tempered by layering in antique mirrors, weathered marble, carved wood panelling and
crystal chandeliers. To mimic a varied, patchwood streetscape, the suite doors are different colours.

Strada’s suite design is also geared towards cooking and gathering. Materials that mimic those found
in traditional Italian eateries create a stage for socializing and cuisine to play out. Designer features and
finishes include full-size slide-in stainless steel appliances and modern touchscreen technology to add
urban edge. Paneled kitchen cabinets with cup handles and marble herringbone backsplashes are
Old World touches. Rustic-style floors have a reclaimed look, while floating shelves and utility rails
are common to old fashioned Italian kitchens, making it easy to grab a pot or spices when
cooking a big meal for a crowd.

In addition to a small speakeasy-style lounge on the second floor, a rooftop party space is equipped
with a TV, a marble fireplace wall, a party room with a kitchen and big communal tables, plus tufted
seating. A large outdoor landscaped terrace of hexagonal tiles is ideal for big gatherings. At the
rooftop’s elevator, fabric-inspired embossed porcelain tile with deconstructed images of peacocks
and the Italian countryside are an updated take on the grandeur of European palazzos.

“It’s gratifying that a large company such as RioCan cares so much about the people they are
building for, says De Freitas. They really are interested in the customer experience and the longevity
and timelessness of their work, as is Figure3. It’s a great relationship and we’re excited about our
future projects together.” 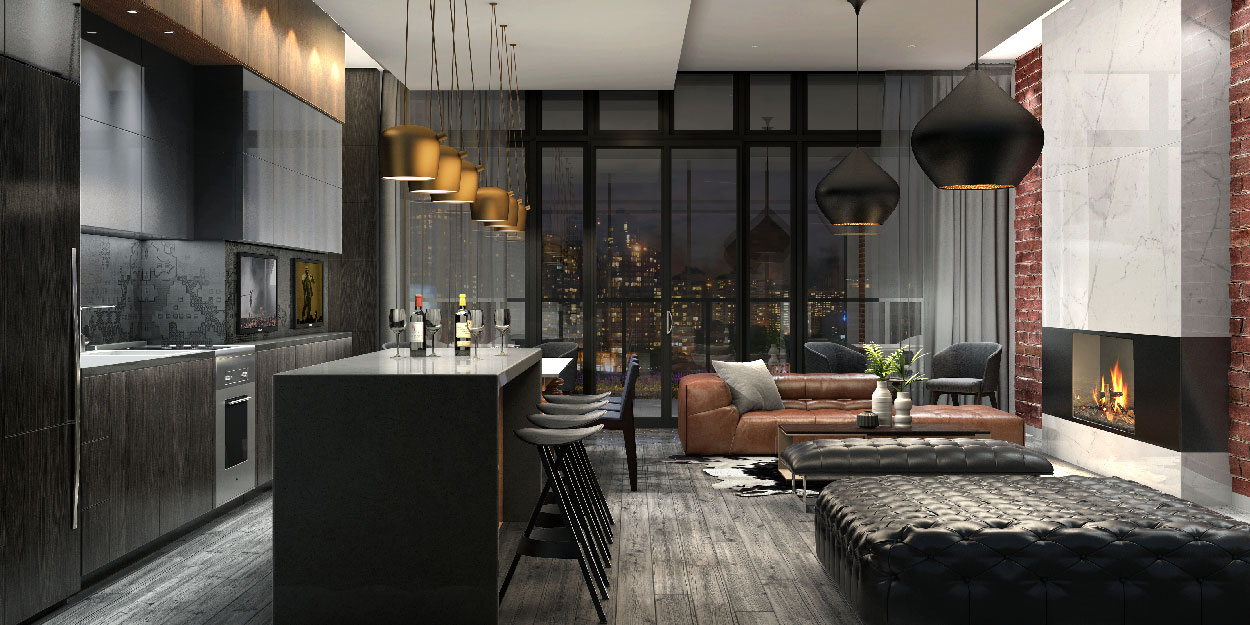 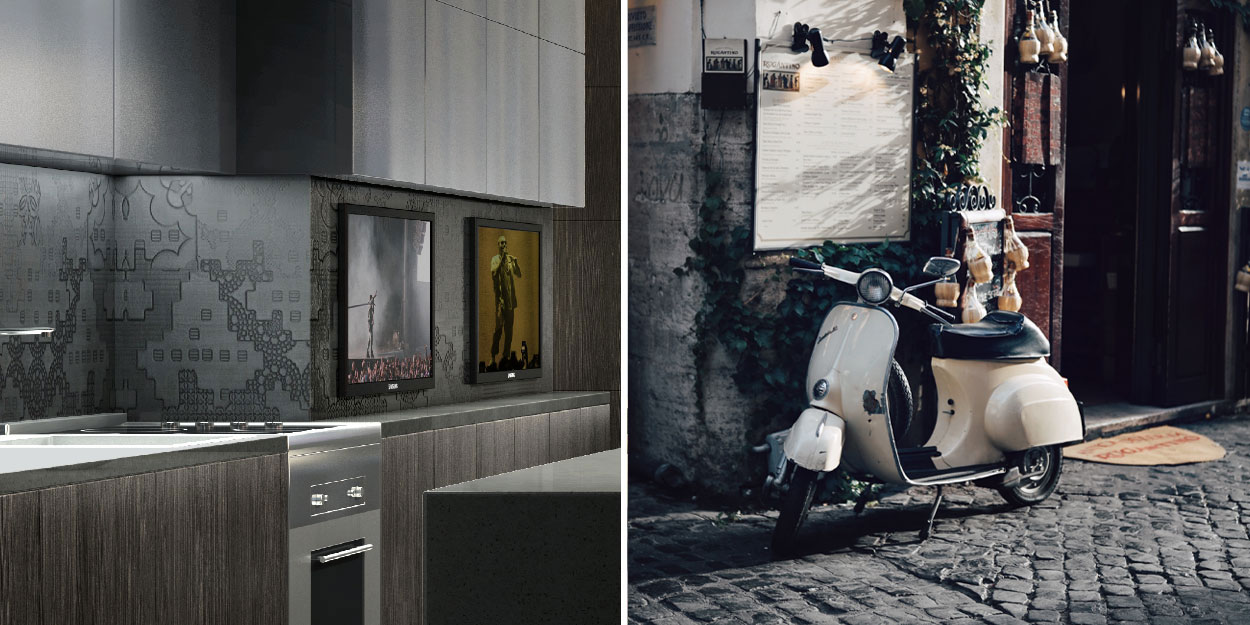 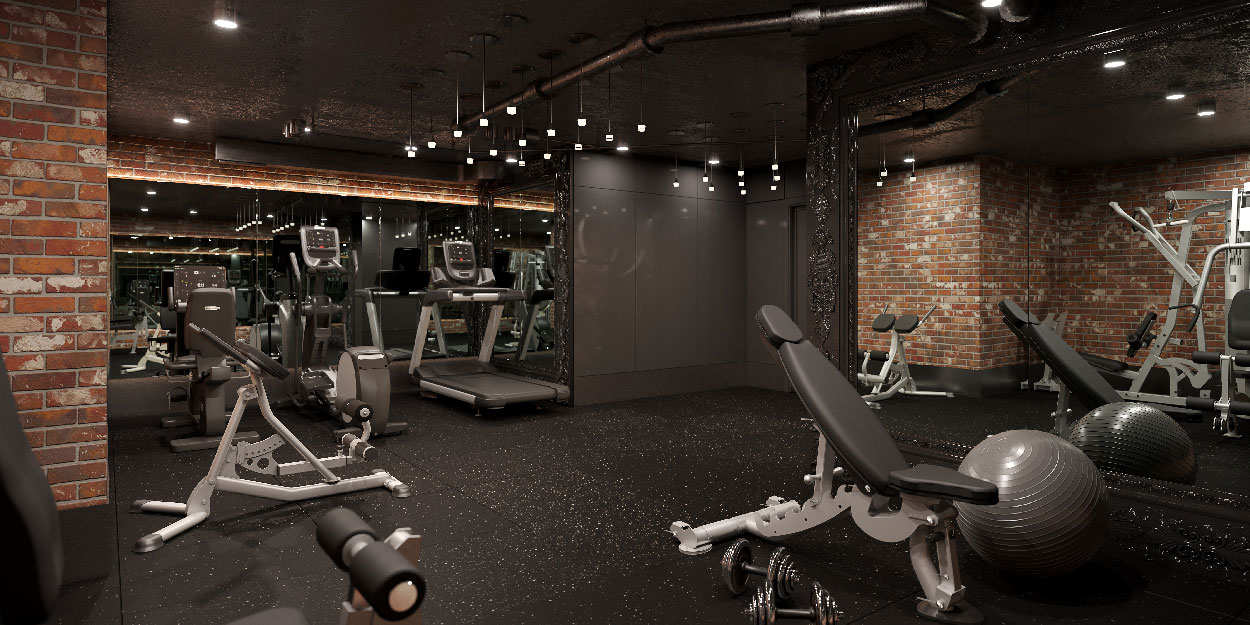