HOW TO DESIGN A
SUCCESSFUL SMALL FORMAT
RETAIL SHOP

What was once a tiny shoe repair shop is now Penguin Random House’s playful, adaptable and very
Instagrammable store for book superfans alike. Located in the lobby of 320 Front Street in Toronto, the 158
square-foot space proves that size really doesn’t matter. Mardi Najafi, Director of retail design at Figure3, and
his team were tasked to help create a branded environment that could be used by the editors and authors of
the publishing giant.

“Penguin Random House didn’t want a conventional retail store as they were already distributing to Chapters
and other book stores across Canada,” says Najafi. Robert Wheaton, now the chief strategy and operations
officer at the publishing house, put together an in-house task force to help pin-point the goals for the small
format space.

The objective was to create a space that would become an extension of the brand and a way to develop a
direct relationship with the consumers of the publishing house. Sales was also part of the goal but wasn’t
given the highest priority at the time due to its location. “We knew, from a real estate stand point, that we were
limited to only people coming into the building,” explains Najafi. “It was not a prime location; it was not
exposed on the high street, there was low expectation.”

Which is why a simple gift shop just wouldn’t do. The design of the space had to be compelling enough for
their intended target group to come out of their way to visit the store and yet still somehow operate in an
incredibly compact fashion. The design team looked to micro apartments in cities like Paris, New York and
Tokyo to gather inspiration for smart ways on utilising a small footprint – particularly ideas for smart storage.
“It has proven to be a great marketing and brand extension vehicle; and industry visitors from around the
world will ask about the store,” says Robert Wheaton. 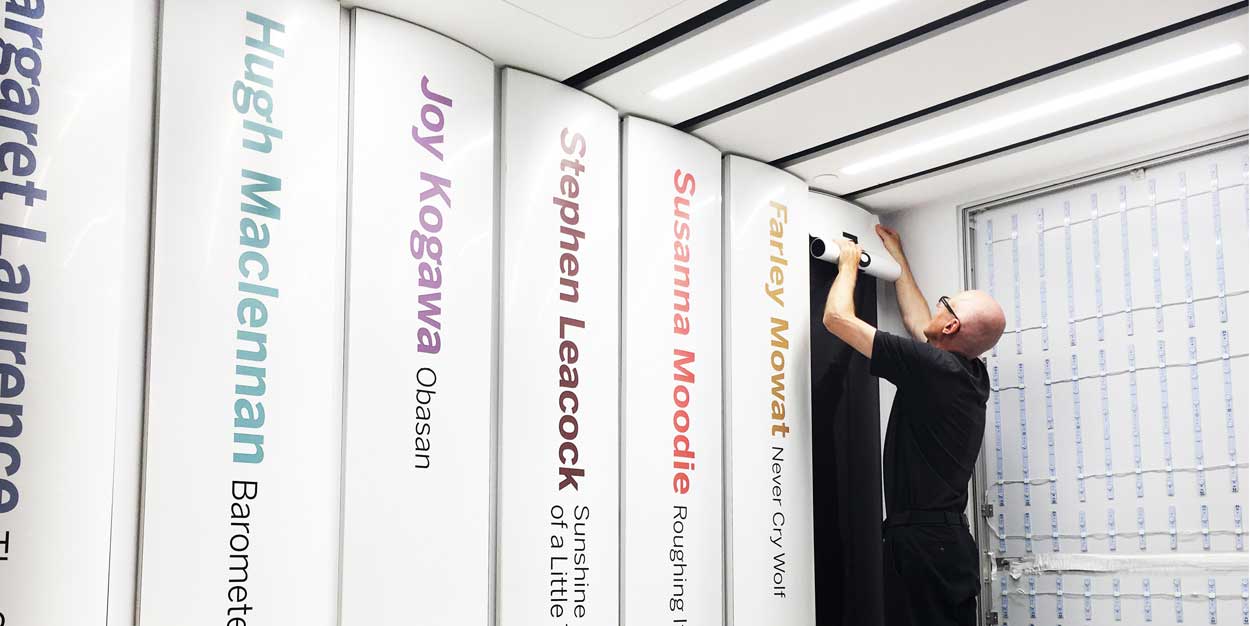 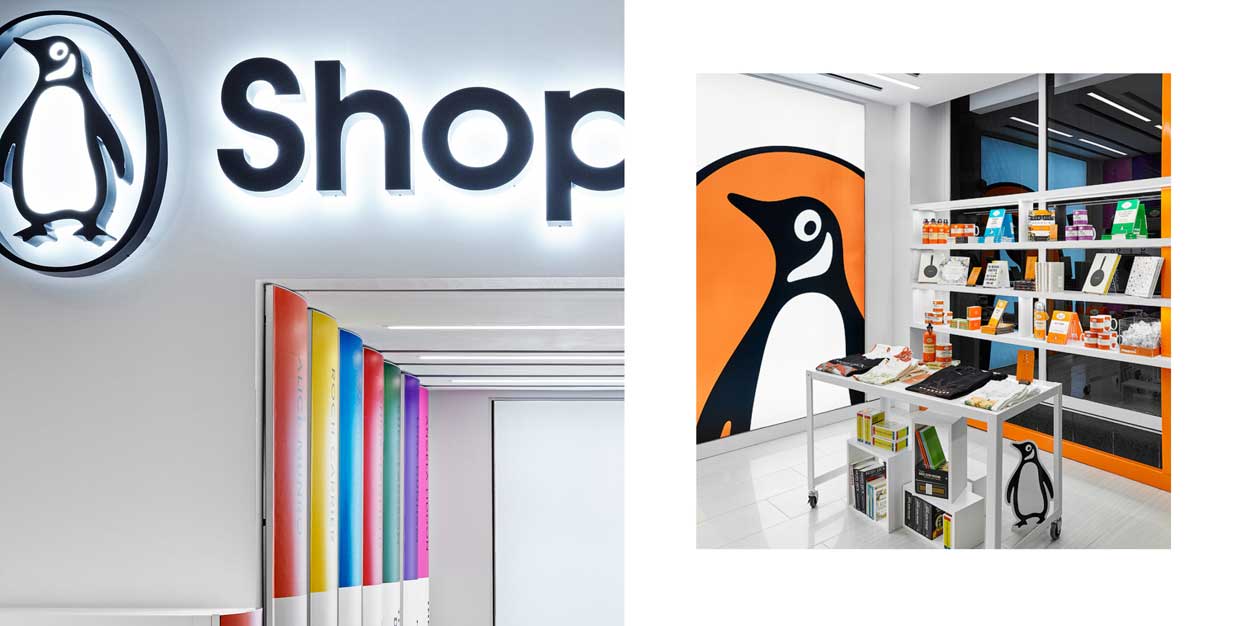 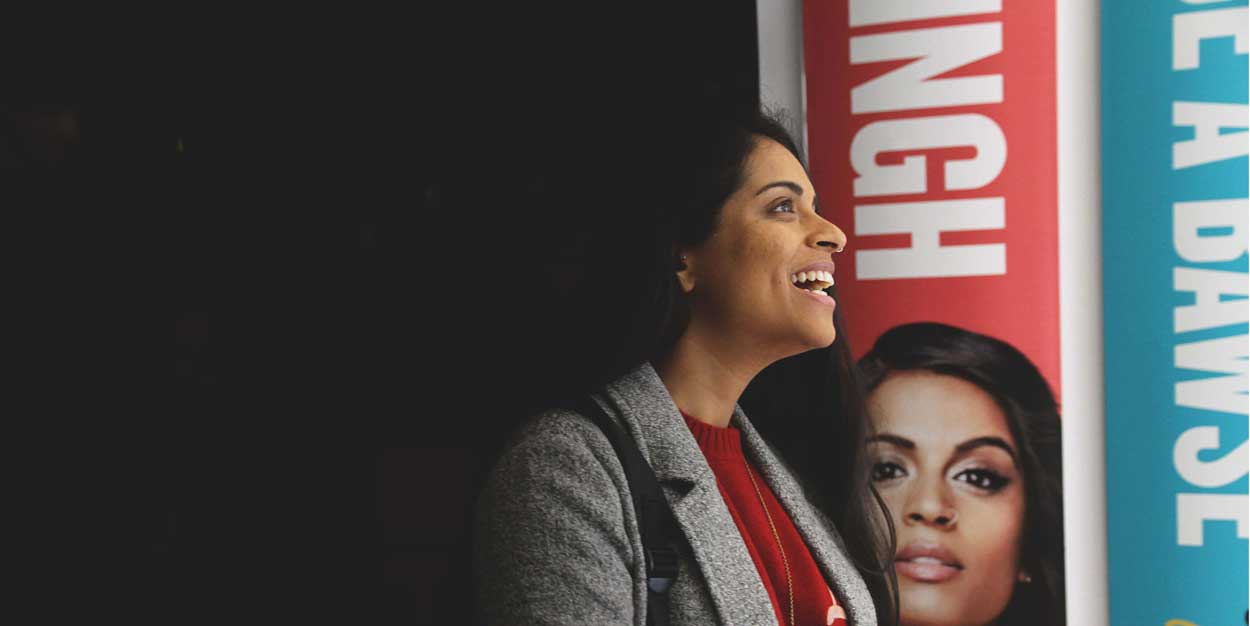 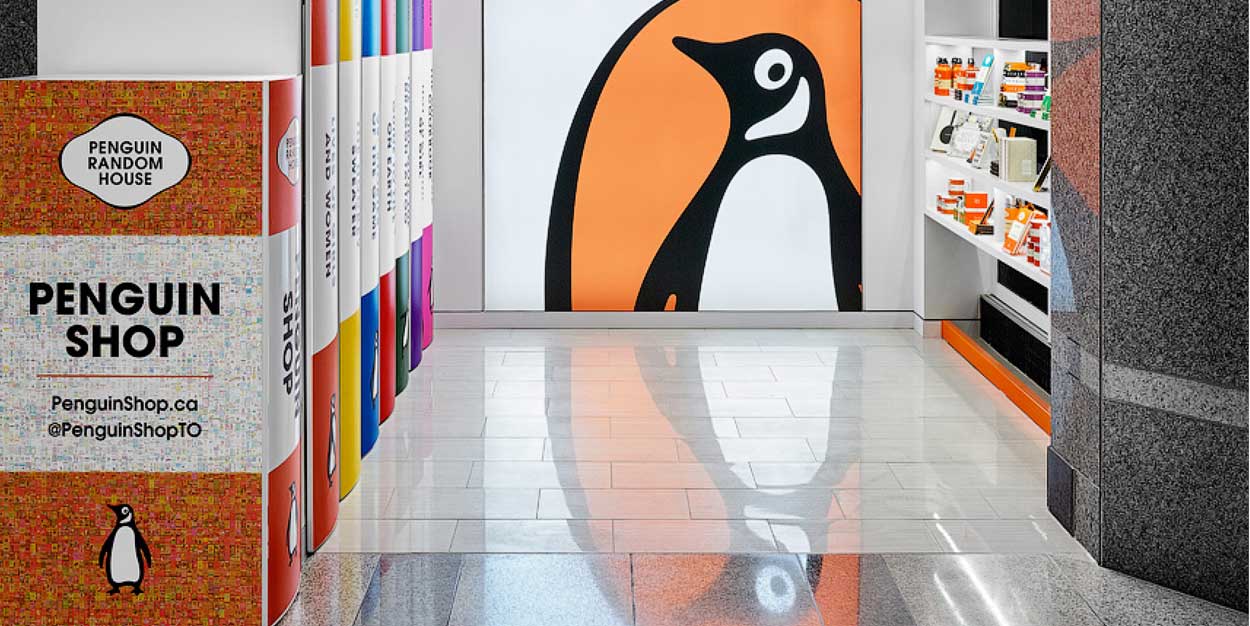 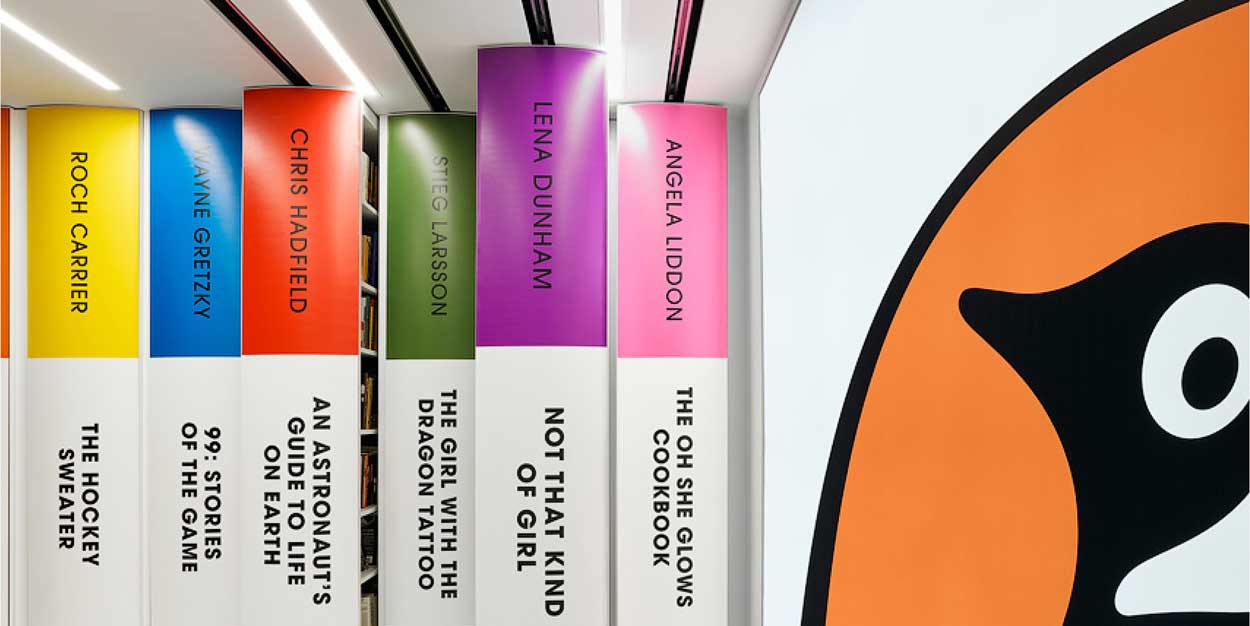 “It has proven to be a great marketing
and brand extension vehicle; and industry
visitors from around the world will ask
about the store”
/ Robert Wheaton

“The clutter of books in a small space would come across as additional visual noise, therefore it was important
to find innovative solutions and to not obstruct the marketing messages,” explains Najafi. During their
bi-weekly touchpoints, the Penguin Random House team each had branded notebooks that featured classic
Penguin book spines on the cover. “Robert gave me one and that was my eureka moment,” says Najafi.
“What would excite a book lover more than large-scale books?”

Oversized, pantry-style pull out storage designed to look like book spines were added to the concept, along
with hideaway spots for the POS and pull-out tables and stools to be used for social events. Najafi and the
team also proposed tech elements which included an after-hours kiosk with facial recognition technology to
help collect data, and an interactive video wall to be placed at the back of the store. The high-level estimates
came in above budget. Therefore, the team went through a value-engineering process aiming to get closer
to the initial project budget. The first step was to eliminate the technology touchpoints. The cost of upkeep
for the hardware updates and creating content would not fit within the budget.

Even without the fancy tech bits, the store is still evolving thanks to interchangeable elements like the magnetic
book spines that can easily be changed for marketing initiatives. The space has successfully been used
for planned events, casual drop-by signing and offers everything from Penguin Random House merchandise
and signed books to special edition copies of some of the most popular classics. “We hosted a full ‘takeover’
for the launch of Lilly Singh’s book, How To Be A Bawse: A Guide To Conquering Life, which the author
shared on her Instagram Stories,” says Wheaton, who is beyond delighted with the result of the space.

The shop has not only created a destination for their book lovers, but is now leveraging social media to draw
and send out signals for book signings. As a publishing house, social media or marketing wasn’t top priority
for Penguin Random House because it happened through their books. The hype generated by the shop reminded
the Penguin Random House team of the power of social media and how they could leverage the amazing
network of book super fans as a great marketing platform.

The attention Penguin Shop received was overwhelmingly positive. From viral on social media to an award
nomination from Interior Design Magazine, and winning the ARIDO Award for Project of the Year; top honours
in the interior design industry.

“Let’s not forget, this was 2015,” says Najafi. “It was such a fresh approach, it was considered a pioneering
project before small format and pop-up shops even became a mainstream trend. It’s amazing to see how
well-received this shop still is today.”