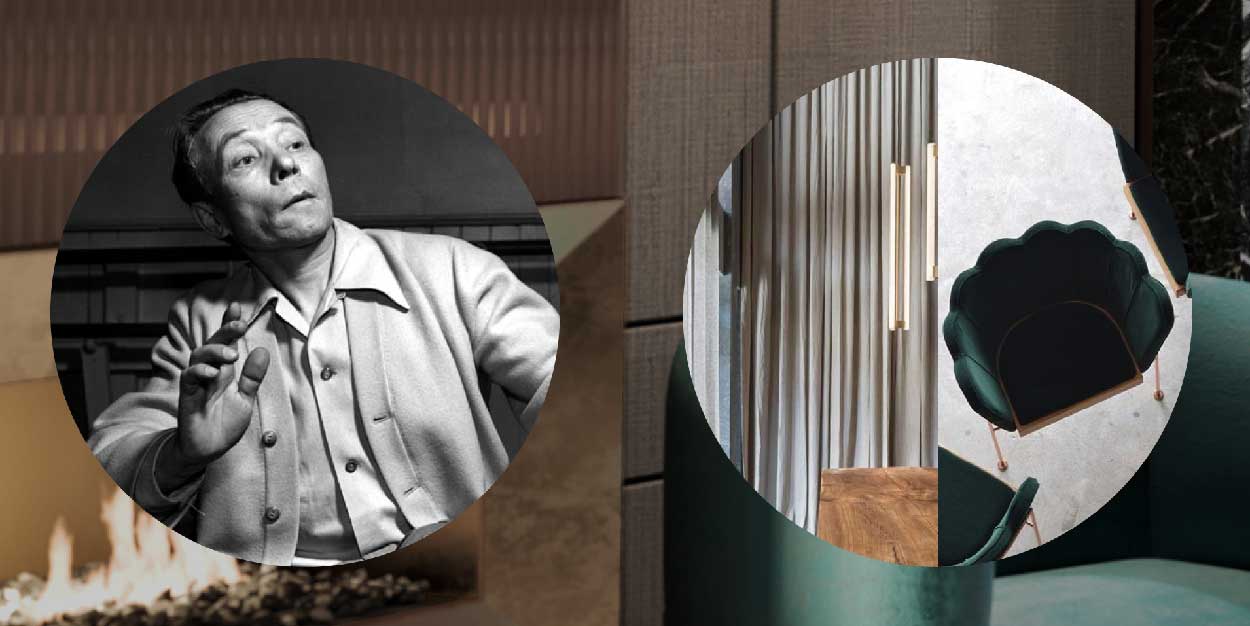 Long before Joni Mitchell and Neil Young strummed their guitars on the smoky coffeehouse stages
of the Penny Farthing and The Riverboat, Yorkville was home to another kind of artistry. In the 1930s
Russian emigré and ballet master Boris Volkoff (often considered the father of Canadian ballet) was
adjusting arabesques and choreographing original pieces at his studio at 771 Yonge Street. From 1931
to 1945, the studio was housed in a modest Georgian building with a gabled roof on Asquith Avenue set
at the edge of Yorkville, where it still stands today.

All those historical strands weave together to create a new tapestry that combines theatricality, grace and
movement in the Adagio, a new residence slated to launch soon. In ballet, Adagio refers
to slow, fluid movement and the design of this project is similarly balletic in spirit, full of curvaceous lines
that mimic the overhead sweep of a dancer’s lithe arm.

Dominic De Freitas, Principal at Figure3 passed by the building frequently and knew it was a heritage
building. “I noticed the plaque outside describing it as one of the first ballet studios in Canada. Volkoff felt
inspired to break the mold and get more avante garde with the performances, pushing the boundaries by
starting his own school. The location has a very vibrant past.”

De Freitas explains that it’s not uncommon that developments are attached to historic buildings, but often
they are not celebrated. “It becomes an afterthought, it’s never a part of the marketing story. It would be a
shame if we didn’t leverage that this famous Russian ballet dancer started his own school here. That was
the jumping off point for me and Tamara Rooks.”

“His style of ballet was edgy
and raw. We loved that idea and
used it for some elements.”
/ Tamara Rooks

A zipper-like treatment of the windows creates an exterior with rhythm and repetition, which De Freitas
likens to the edge of a tutu. Inside, curves are a recurring leitmotif, embedded in brass inlays on the
lobby’s quartz floor, soaring above doorways, and looping over the backs of petal-shaped chairs. To honour
Volkoff’s vision, a vignette depicting a scene from his ballets appears above a bench in the lobby.

“His style of ballet was edgy and raw. We loved that idea and used it for some elements,” notes Tamara
Rooks, Creative Lead, Figure3. “Going to the ballet was quite the event in Volkoff’s day, a luxurious,
sophisticated experience,” she explains. “It was glamorous and theatrical.” 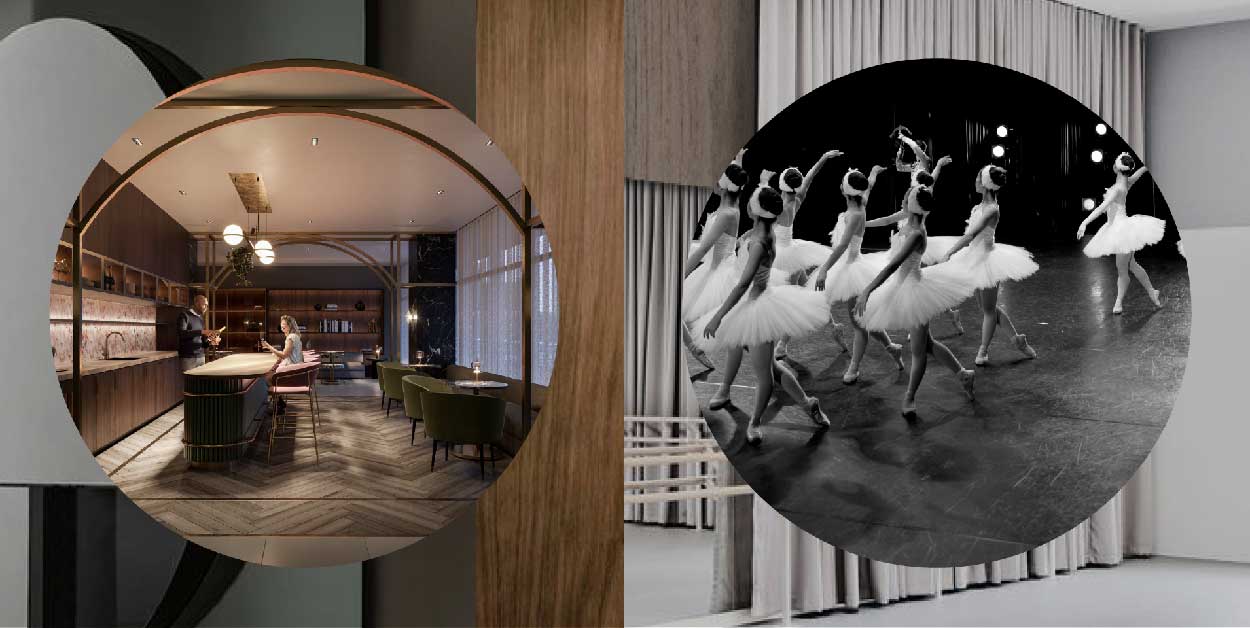 The performance starts in the lobby with a series of arches that lead to an oversize circular mirror, framed by
drapes. “This is a narrow building and the archways help the sections feel more intimate, and make the space
feel expansive at the same time,” says Rooks. “The goal was to make this thoroughfare intriguing. We wanted
tenants to experience the succession of archways leading to a large, round mirror to reflect Yonge Street, the
city’s longest artery. It turns tenants into participants of the theatre of the city, putting them centre stage.” To
give the narrow lobby more presence, a slim reeded glass fireplace in a brass recessed cove is a warm focal
point. Overhead, ethereal custom lights based on dancers’ tutus are suspended in between the archways and
seem to float down from the ceiling like bits of tulle.

The large round mirror makes appearances on every floor of the Adagio as a spot for last minute checks
before entering the elevators. Generous use of drapery helps soften the linear space and nods to the concept
of the lobby as a stage. “We wanted to play with drapery and whimsical furniture to convey the essence of
a theatrical ballet performance,” says Rooks. The plushness of furniture upholstered in jewel-tone velvet is
reminiscent of auditorium seats.

The amenity floor includes an in-house ballet barre studio, complete with brass barres and plenty of mirrors
and luxuriant drapes, where tenants can host private classes and monitor their position. “They really
embraced the ballet studio concept,” says De Freitas of the client. The 600-square-foot gym is lavished
with rich walnut veneer and brass elements, and bronze glass clad the columns giving the studio and gym a
classical appeal.

In the bar area, the centrepiece is a backsplash crafted from flower petals (a nod to bouquets that were
typically tossed to prima ballerinas by adoring audiences after a performance) encased in pink epoxy by
Toronto artist Stephanie Singh. Over the reeded wood bar, a Vibia Palma light fixture with an inset plant
conveys a high-end lounge vibe. 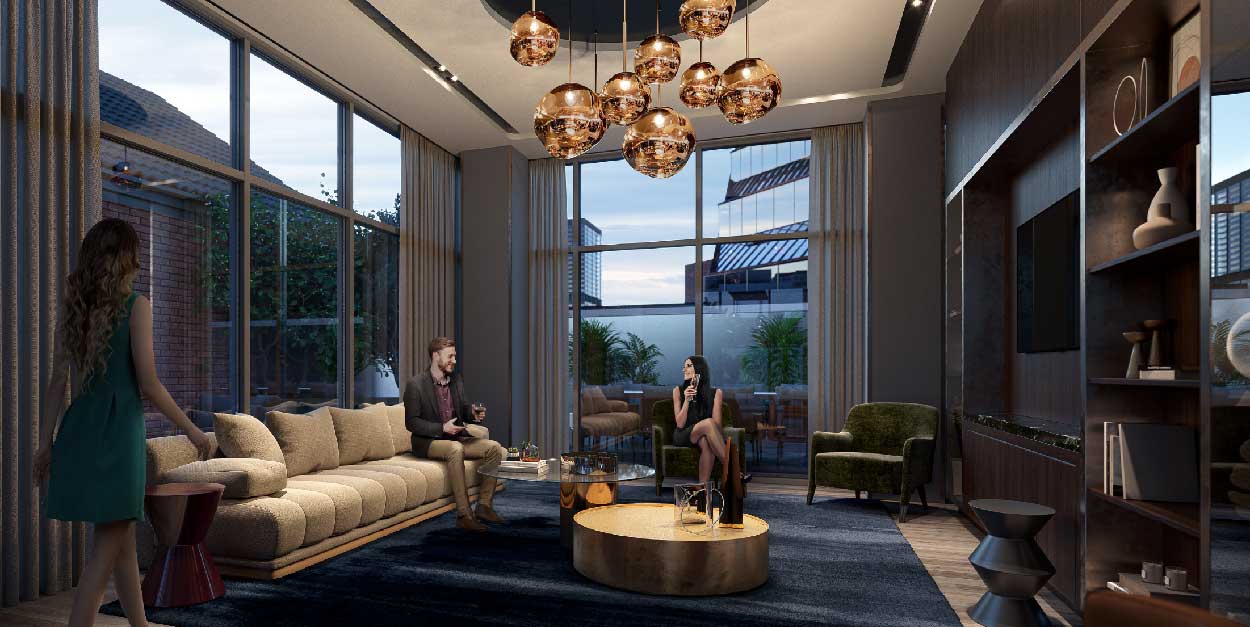 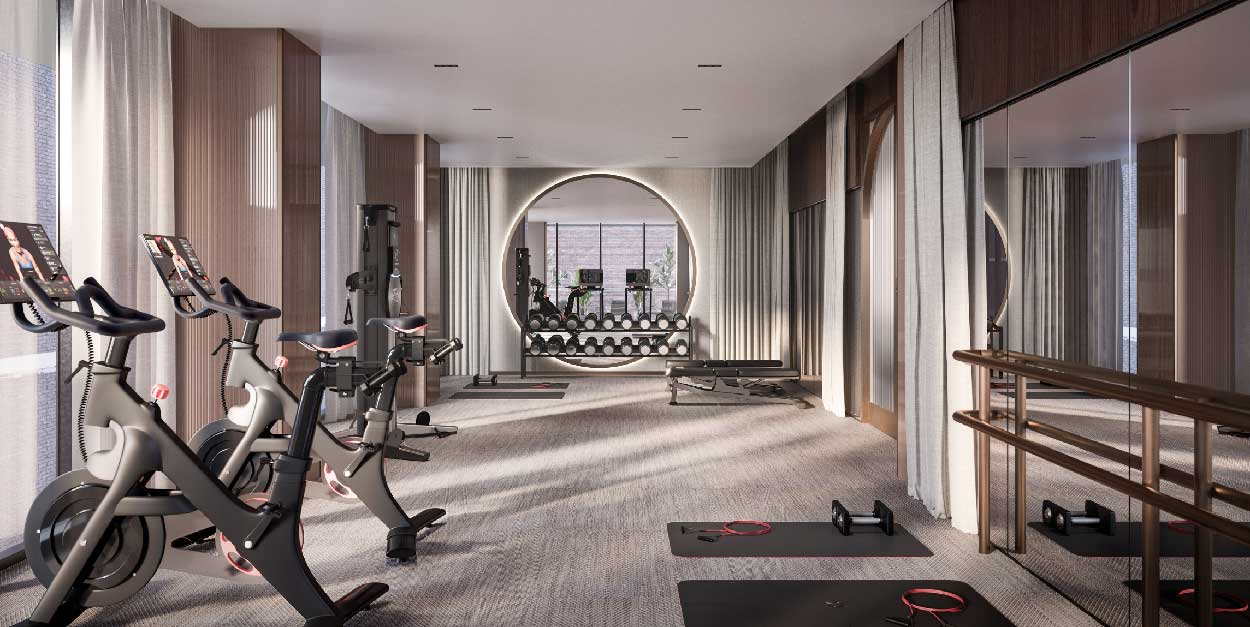 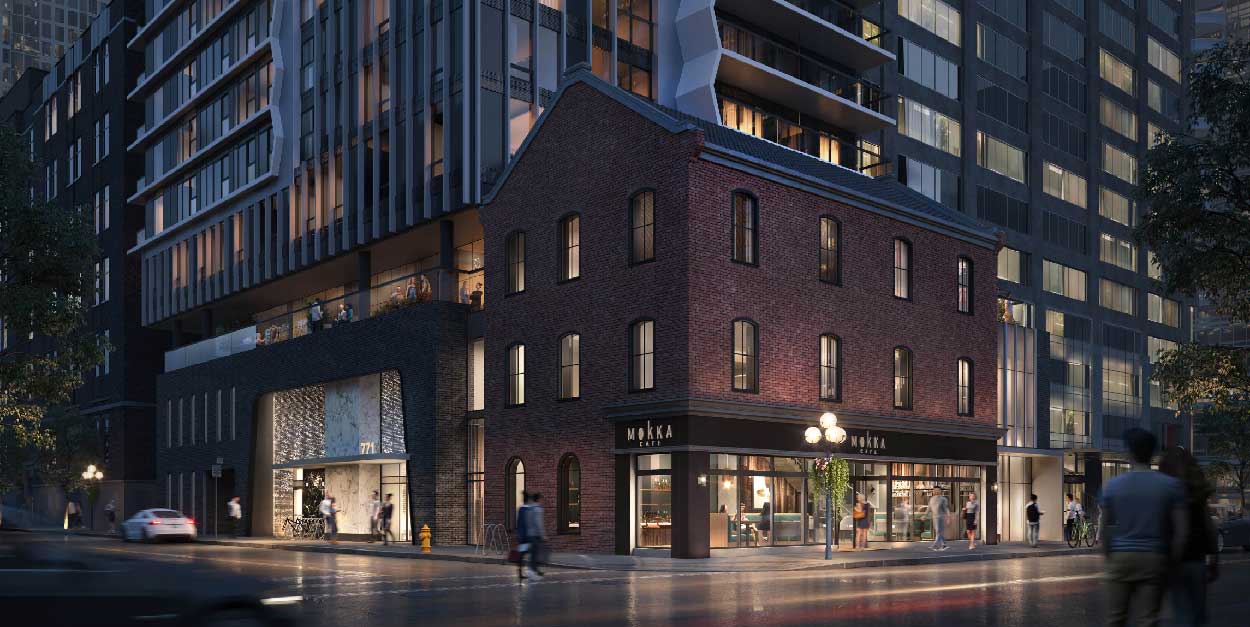 A double-sided fireplace separates the dining area and co-working space, dressed in silk linen wallpaper, creating
a luxurious spot to flip open a laptop or meet friends on the patio outside. Generous sized windows flood
the lounge with natural light.

And finally, proving every dog has his day, the pet spa is dressed in luxe greyhound motif toile wallpaper and
pastel tile for a show stopping (and playful) moment. Because not every prima donna wears a tutu.