It’s a long way from Jakarta to Boston, but when Figure3’s Director, Operations, Residential Development,
Andre Hartono planted his feet in North America, he knew the journey was worth taking. In fact, with
Bond-like precision and calm, confident energy, it takes a lot to “shake or stir” this Indonesian-born
designer that coworkers often characterize as a quiet, confident force, with an unparalleled eye for detail.
Having obtained his Bachelor of Science from Northeastern and then completing his MBA in Boston,
Hartono was immediately drawn to the diversity of Toronto. “I knew I wanted to be in North America,”
he says, “living in Boston was great, but Toronto offered career opportunities in a thriving multicultural
tapestry that really resonated with me.”

With a design career spanning over 15 years, Hartono has worked on numerous award-winning projects,
but he’s never one to make a grab for the spotlight; perhaps it has something to do with his early upbringing
in Bali —a place that still provides him with a positive grounding force. He is always quick to elevate his
team and share the win; and in turn they rarely let him down.

But his key acumen lies in allocating resources and team members to get a job done. Understanding the
strengths of everyone on the team is critical, allowing Hartono to quickly reallocate skills to complete a job on
time, and on budget. “Ensuring the right people are on the team, at the right time can make all the difference
in a complex project,” he explains.

Occasionally when a team member is space planning, an updated engineering drawing comes in and the
design shifts, throwing the planning into question. “During construction for example, sometimes mechanical
ducting shows up in unexpected areas, or beams are deeper than expected and I think: so, what am I going
to do with my ceiling now?” Hartono explains. “I like helping the team figure out how big a problem really is –
sometimes it’s not as big as you think.”

“With a passion for style and love of a
dry martini, Hartono is a critical member of
the Figure3 leadership team, who continues to
inspire those around him with a powerful,
yet stealthy leadership style. ” 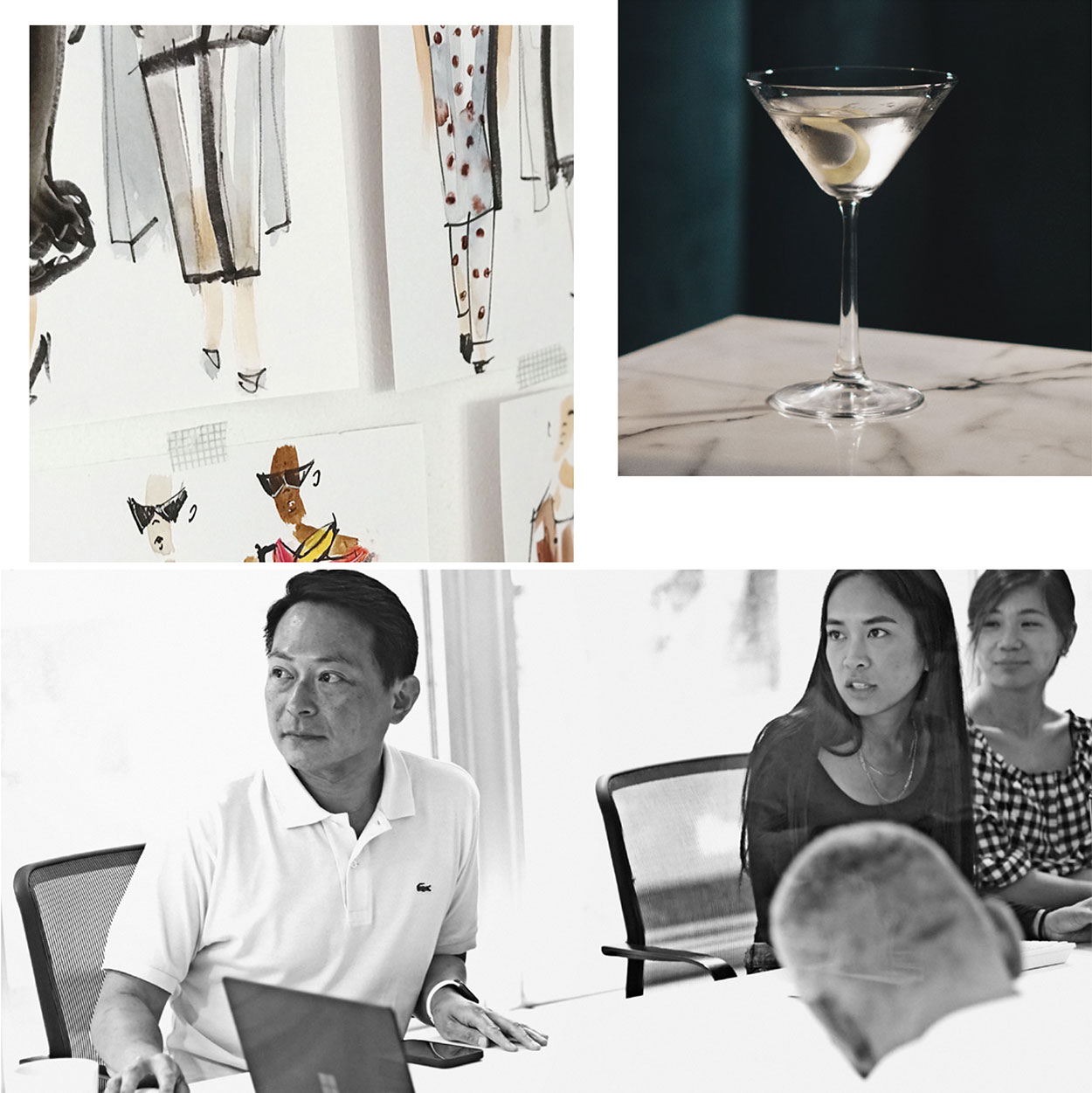 It’s this ability that eventually led Figure3 Principle, Dominic De Freitas, to invite Hartono to join the team.
“Andre and I had worked together previously, and he always inspired me,” states De Freitas. “He has an
uncanny ability to translate creative design into technical execution along with a confident and graceful
approach to people. The team really doesn’t want to disappoint Andre because they have so much respect
for him. He basically knows everything.” Hartono’s response is self effacing, and he laughs. “I wish I did;
you aren’t human if you know the answer to everything!”

Often described as the fixer, Andre’s team respects his keen ability to apply both macro and granular
thinking when uncovering a problem, and then working forward to minimize any impact on the project.
“We can always find another way to rethink a challenge.”

Clearly, organization and attention to detail are two of Hartono’s greatest strengths, which help him skillfully
manage projects through the concept design stage and translate them to a built reality. “When developing
a construction drawing package or working on a design concept, you must think about how it’s actually
going to be built; sometimes the execution isn’t immediately clear, and I love to help the team ideate that
process. It’s very fulfilling to see people break out of their comfort zones and explore options that
are new to them; knowing you played a part in their growth.”

With a passion for style and love of a dry martini, Hartono is a critical member of the Figure3 leadership
team, who continues to inspire those around him with a powerful, yet stealthy leadership style. And in the
ultimate international secret agent move that prioritizes expediency and efficiency, he admits:
“I don’t like to drive, I prefer planes over cars.”