NOTHING BUT BLUE SKIES 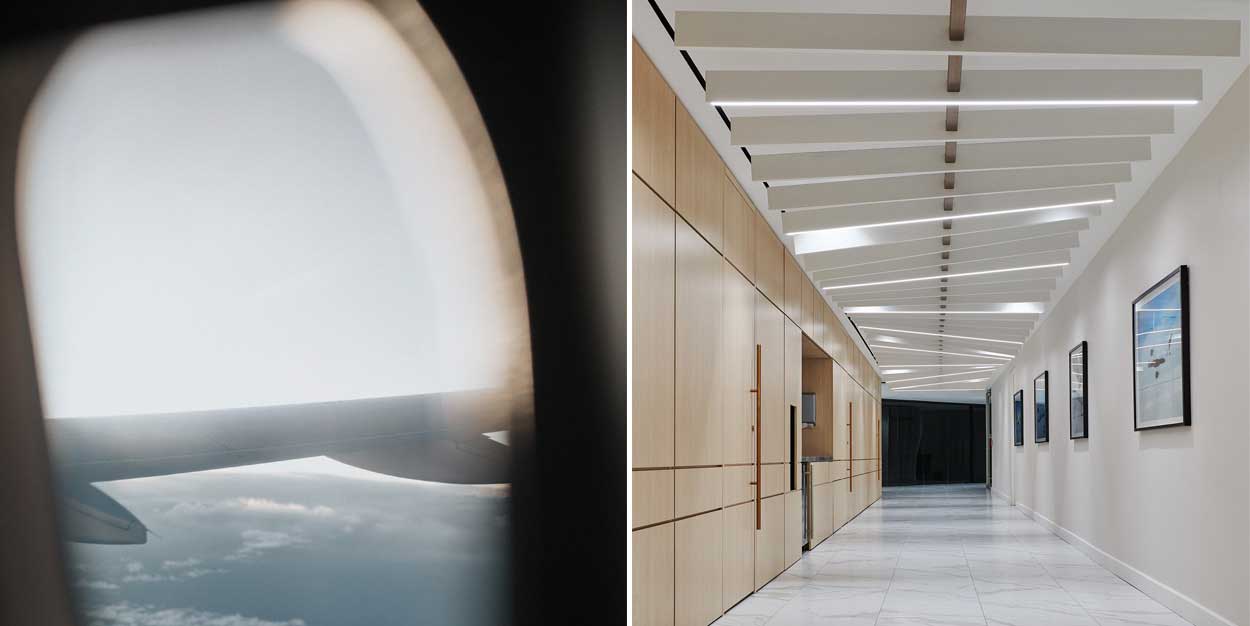 AIR CANADA’S NEW OFFICE HUB HEADS FOR THE CLOUDS,
IN THE HEART OF TORONTO.

Brainstorming is sometimes dubbed a “blue sky session” (imaginative or visionary thinking that isn’t
constrained by conventional notions of practicality) for good reason. There’s no arguing an expansive
horizon and open air is mentally and spiritually freeing.

When Figure3 was tasked with designing Air Canada’s new office space on Queen Street West, the
goal was to mimic swirling cloud patterns and shifting winds in the name of sparking more innovation for
a company with an impressive history of trailblazing. “What this space is about is creating an environment
that promotes more innovative thinking,” says Suzanne Wilkinson, Principal, Figure3.

The company’s perch on the fourth floor, which houses their growing marketing, product, strategic
business and digital teams, is a nod to the airline’s history of aeronautic milestones. Air Canada was the
first to introduce de-icing and breathing bag oxygen systems in the ’30s. In the early ’60s, the airline’s
engineers changed aviation history by partnering with a British electronics company to invent the black
box flight recorder, and it was the first airline to use the jet engine for civil operation. In 1995 Air Canada
debuted electronic ticketing on its domestic routes across the country. 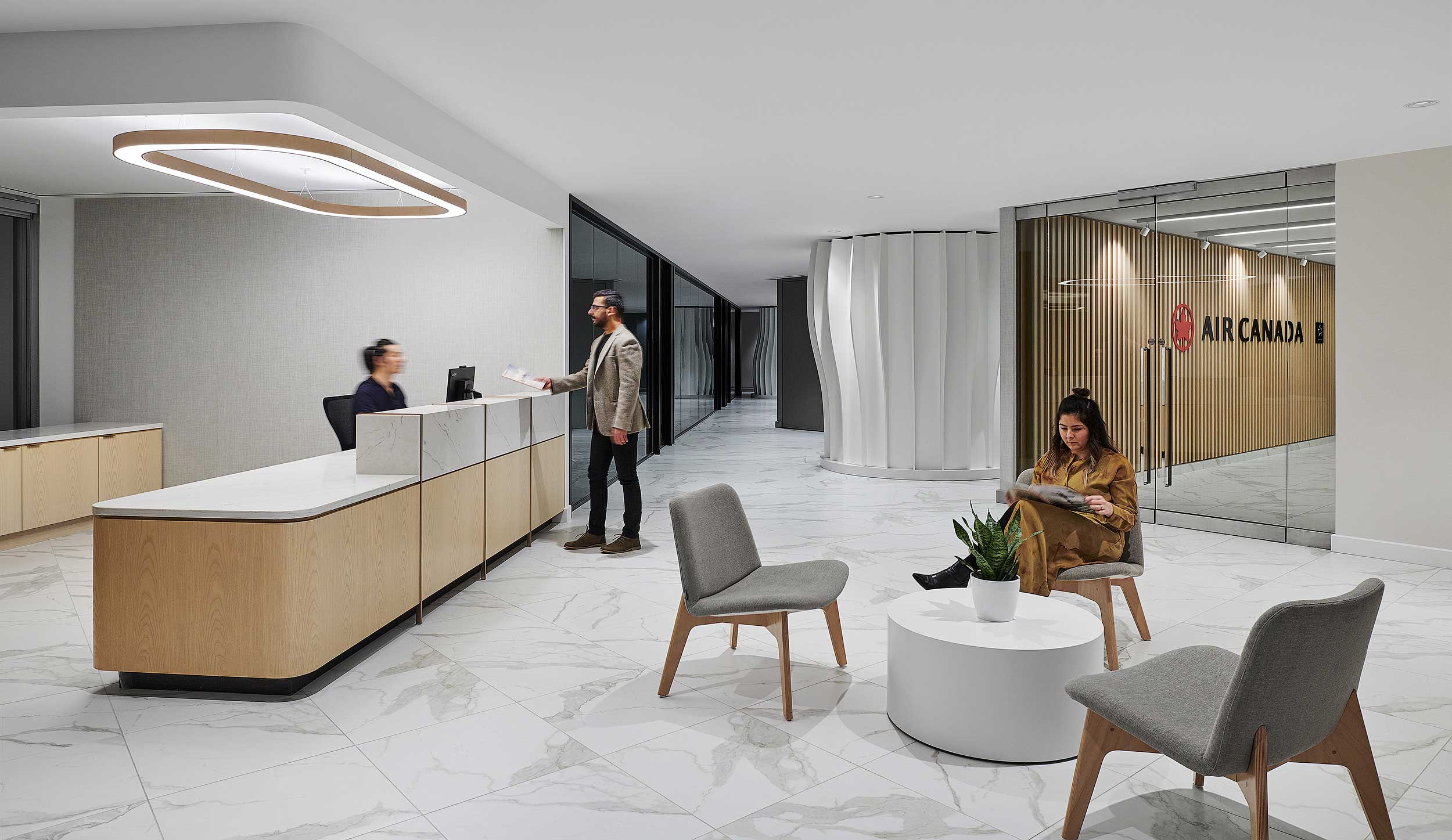 At the office, the lobby’s maple wall bearing the Air Canada logo is front and centre, sandwiched
between fresh, bright white ceilings and white floors where the brand’s trademark red accents pop on
trim and hardware. In a lounge area near the reception, large screens displaying flight information are
sunk into the millwork, much like those in an airport. “There’s a sense of hospitality where you can relax
and wait for your meeting. So it was really designed around that type of experience,” notes Wilkinson.
“Air Canada wanted a hospitality feel, to convey what upscale flight feels like today.”

“What this space is about is creating
an environment that promotes more
innovative thinking.”
/ Suzanne Wilkinson

The white porcelain tile floor is reminiscent of slick airplane bodies, with some subtle veining for
movement resembling a sleek departure lounge. Overhead, in the corridor leading down to the
lunchroom, an undulating canopy of white planks are subtly twisted and banked to simulate the feeling
of shifting cloud patterns, or emulate the effect of wind. “We pondered how to represent the idea of
light and movement in the space, without it being literal through an exploration of materiality:
trying to create an environment that suggests flight, says Wilkinson. ” Along the corridor, a coffee
bar is integrated into pared-back, mid-century panelling milled from natural Canadian hardwoods.
This is more minimal than traditional paneling typical to most corporate offices, integrating hints
of an older style in a modern way.”

To demarcate the meeting rooms from the open office, smoked glass is set in black frames creating
a transition between the bright white space. Maple panels pivot form a moveable screen, so some
meeting areas can be closed off for complete privacy, or left angled and open. “This versatility mirrors
the changing wind and weather. Humans as well have the ability to effect change, notes Wilkinson.”

A narrow pinch point near the reception corridor was transformed into a design feature to not only
smooth flow, but mimic an iconic airline symbol. Wilkinson explains that two large columns provided
a great opportunity to create a unique feature, fashioning them to resemble turbines modelled
on the new jet engines.

“It was different, something Air Canada has never seen before. These turbines are experiential and
transform negative space into a great place for conversation, for social connection, where employees
spilling out of meeting rooms can continue the dialogue. An awkward space with sharp corners doesn’t
feel so awkward anymore. It draws you in and lets you move around more freely.”

In an example of out-of-the box thinking, a wood-ceilinged cabin was conjured in the innovation centre
that contrasts the slickness of the white office. Every surface is covered in a stone or wood to create a
tactile and visceral sense of warmth, and traditional furniture is upholstered in tartan, a beloved Canuck
cottagecore staple.

“The cabin is an opportunity for employees to escape the corporate world and brainstorm in a relaxed
environment that spawns creativity and feels totally different.” Dropped into the heart of Canada’s
biggest urban centre, this rugged slice of frontier Canadiana is not only a throwback to Air Canada’s
roots, but a ticket to its future growth. 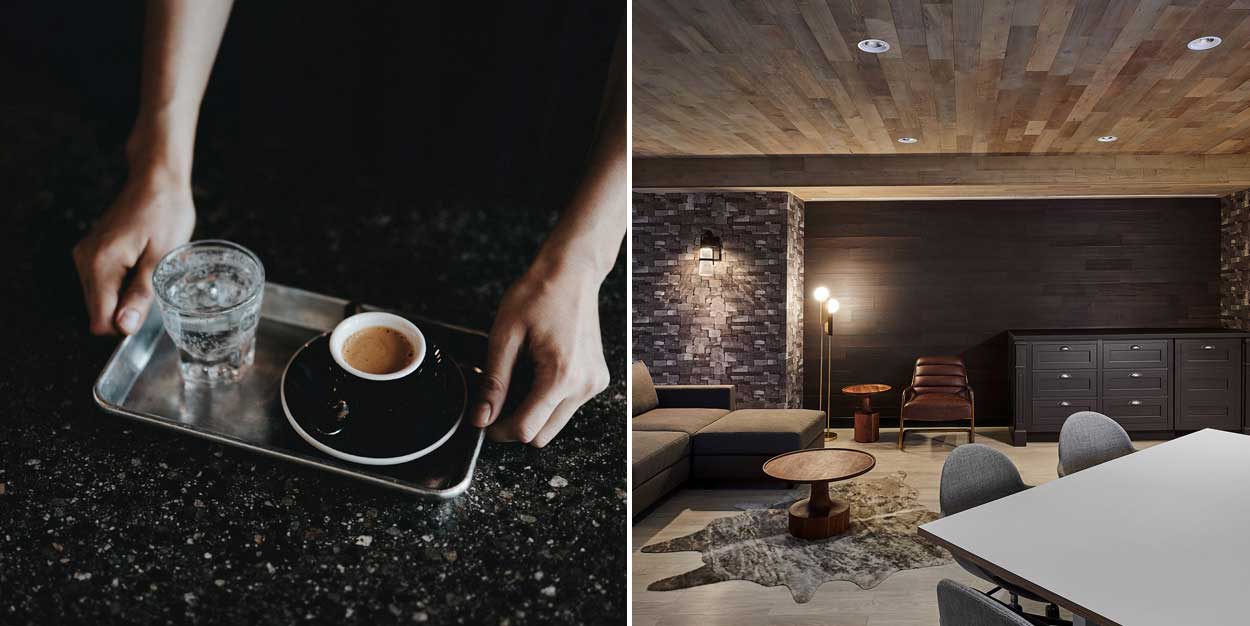 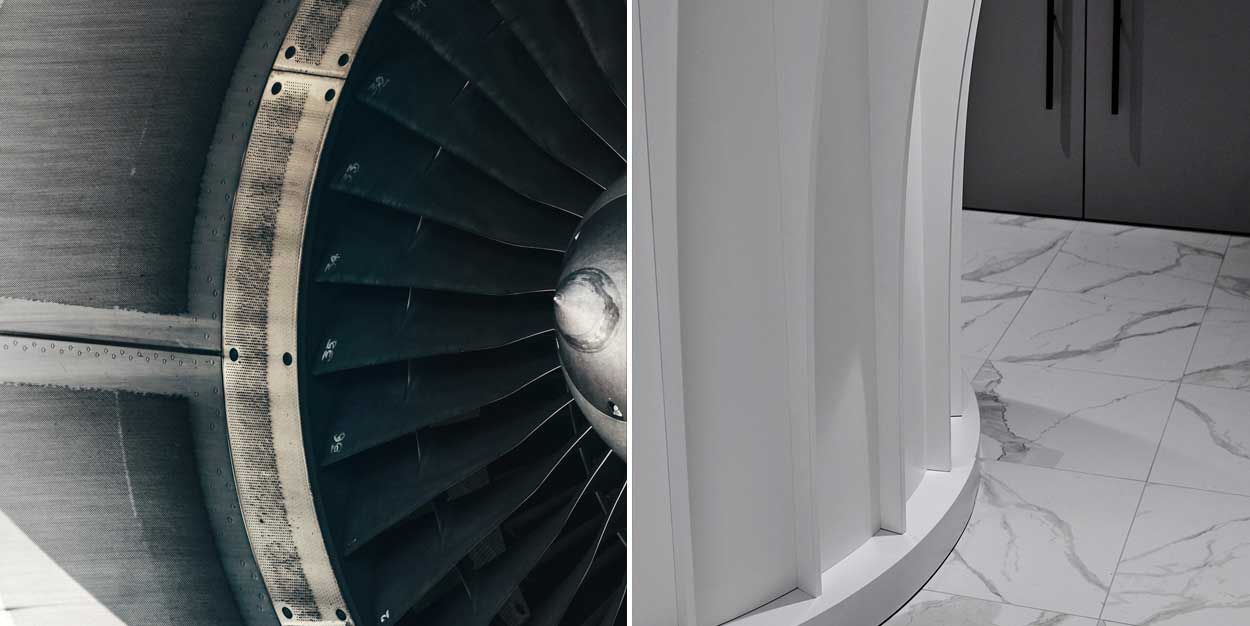 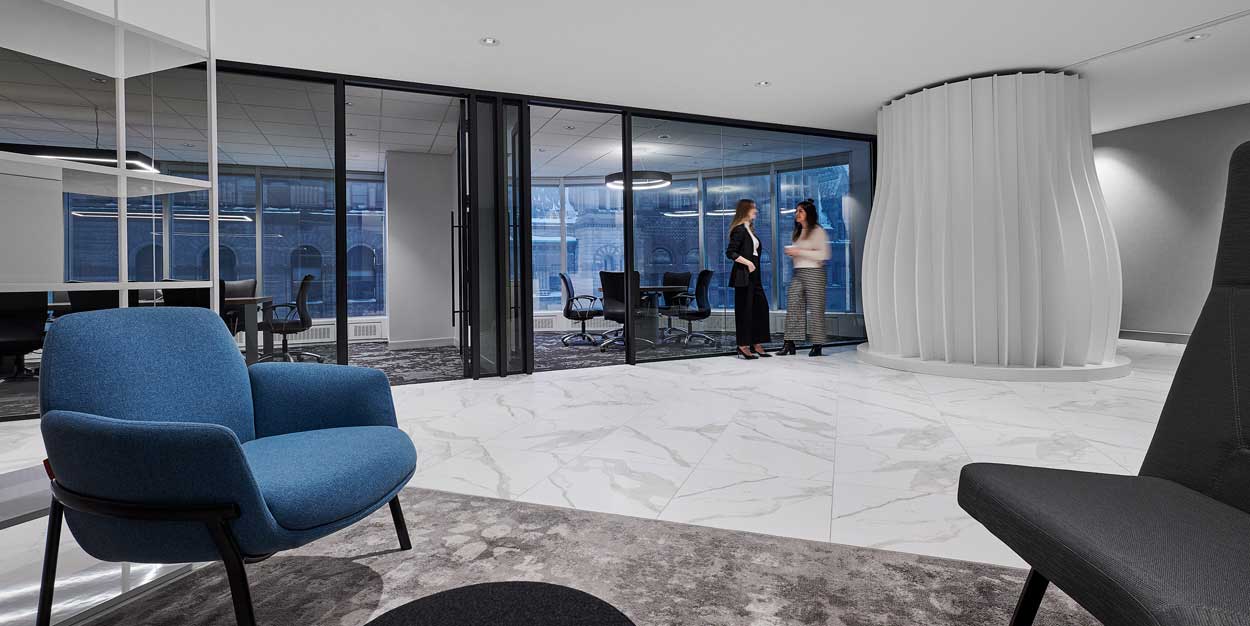 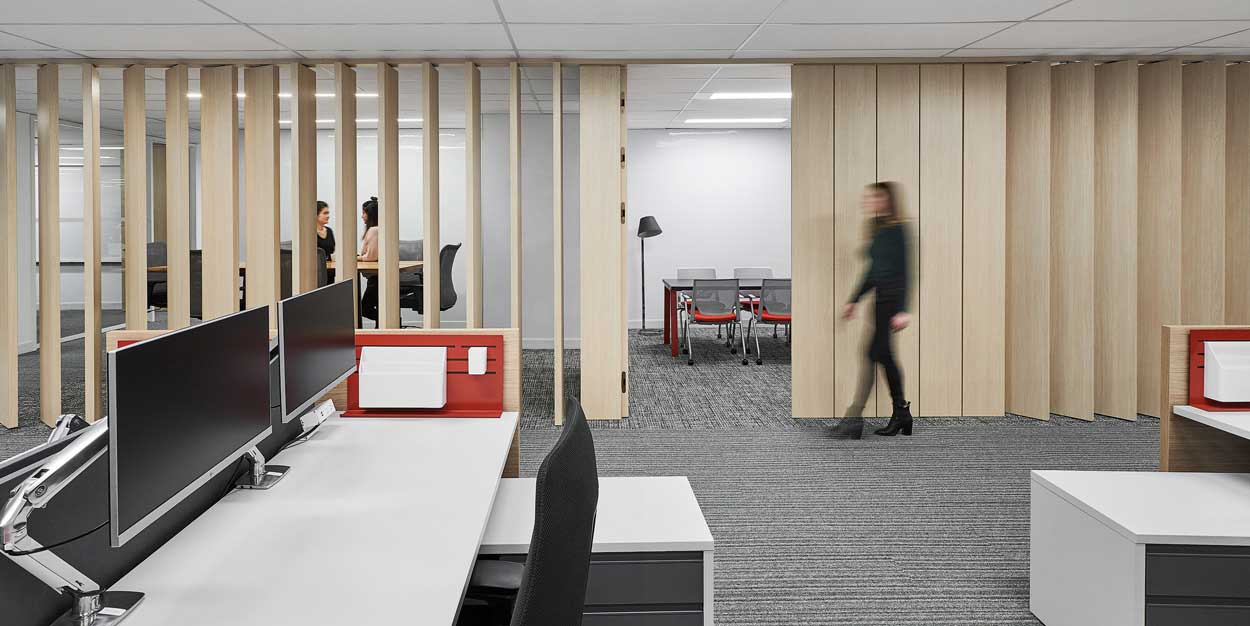 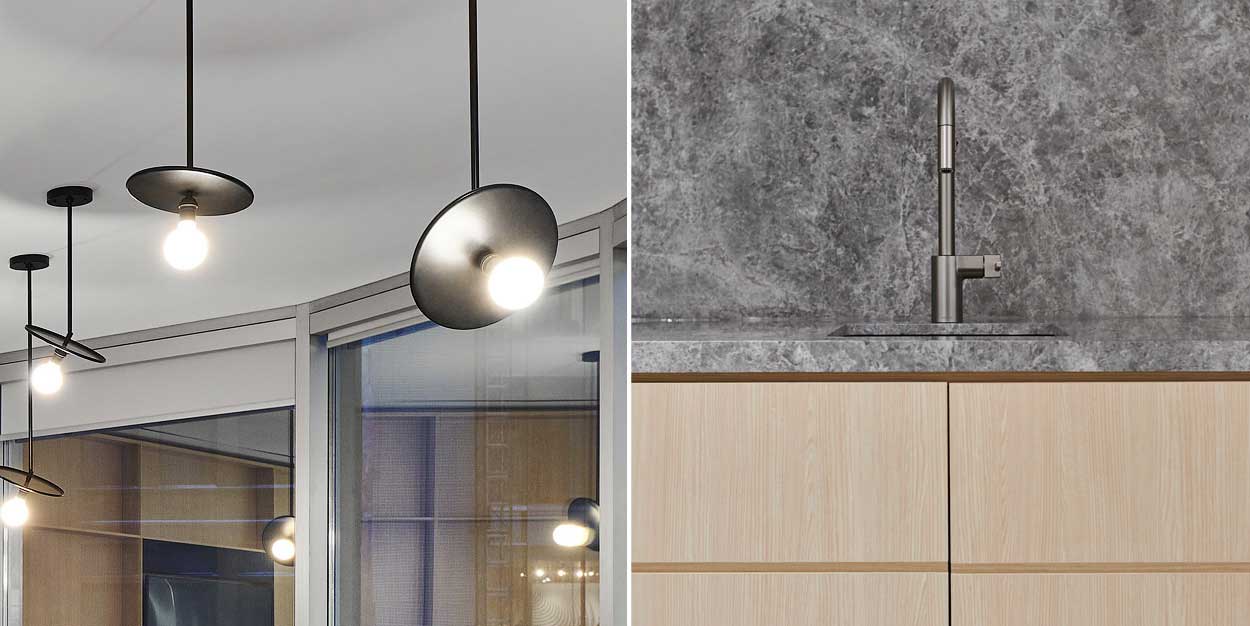 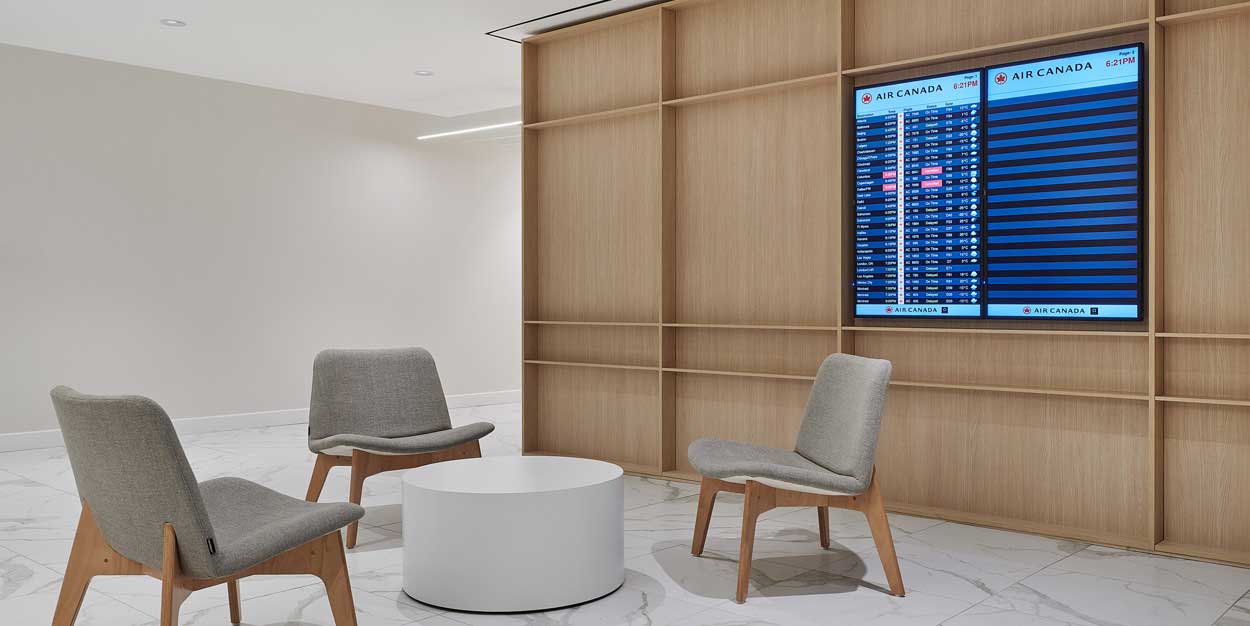